City could become digital hub of the future 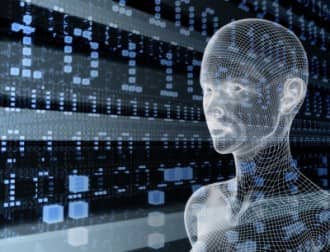 ARMAGH could be the digital hub of the future and plans must be put in place now to make sure the City and District does not miss the opportunity.

Towns and cities like Dundalk, Castlebar, Galway, Cork and Dublin have all produced people who have went on to work for companies like Google, Pay Pal, Fujitsu and Amazon. Armagh could be the next city on that list.

That’s according to SDLP councillor Thomas O’Hanlon who revealed he is due to meet senior government officials and educationalists in the coming weeks as he lobby’s to make this vision a reality.

He was speaking to a group of Students locally and explained that “jobs in the technology, finance and service industries are clearly the jobs of the future and if we don’t plan for and embrace this reality we will be left behind”.

He added: “Many of our young people have spent many years at University studying computing, software engineering and digital media and yet if they want work in these areas they must to travel to places such as Belfast, Dublin, the UK or further afield.

“I am a realist, the days of large scale production factories are a thing of the past in the western world, just look at the recent jobs blow at FG Wilson in Larne. It’s much cheaper to manufacture products in places such as China and India but that’s not saying the high end products cannot be manufactured here nor am I saying there are no other opportunities in the food processing sector, there clearly are.

“Armagh needs to get our slice of the jobs market and we need to be chasing something different than places such as Dungannon for engineering or Craigavon for Pharmaceuticals.

“This mass exodus of our young people has to stop and the Council must take a lead role in developing a plan for a sustainable future in Armagh.  Education, business and government, be it at a local or regional level cannot continue to work in silos, there must be greater strategic cooperation and planning with each other.

“If we look at the south as a prime example, despite the very difficult present economic climate and look where all the jobs announcements have been made in recent months and years; they have all been located in towns or cities where education campuses focus on Computing and Information Technology; jobs have been created in Castlebar, Dundalk, Galway, Cork and of course Dublin.

“These people have got it right; we’re not reinventing the wheel.  Their argument is simple, create and develop the workforce, invest in the infrastructure and the jobs will follow. Just look at the list of companies which they have attracted, Google, Pay Pal, Fujitsu and Amazon to name a few, this is not to mention all the service centres as well.”

“If we are to capture this opportunity, then we need to be ahead of the game.  There is a wider focus by the Assembly and Executive on Co-operation Tax and this will be a key economic driver, however we need to see investment, when it comes, to be in places outside of Belfast.

He concluded: “At a recent meeting of Council the Southern Regional College presented initial plans for a new build of the Armagh Campus and this is where our prime opportunity is.  In planning the new build, let’s focus on IT, on Software Development, Digital Design, and Multi Media.

“There is no reason why a new Southern Regional College in Armagh cannot be a centre of excellence offering courses up to and including degrees in this whole area.  The possibilities are endless.

“In the coming weeks, I will be meeting stakeholders in Education, Government and Business to build a broad consensus of support for this vision.  Whilst we focus on these areas, the impact will be felt in every other sector, in construction and tourism, in retail and the hospitality sector.  We cannot allow this opportunity to pass and it can allow us to build a sustainable Armagh for the future.”