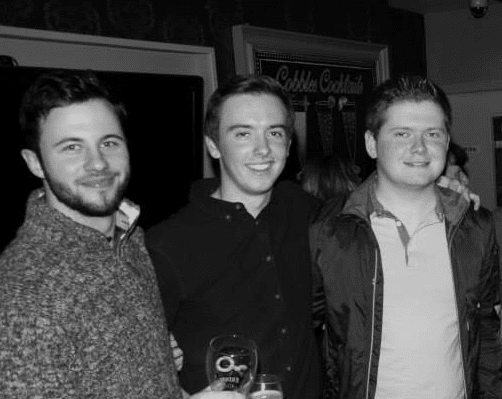 A charity fundraising GAA match is being planned in memory of three young friends who died after an horrific road accident in the summer.

The pals, who all played gaelic football locally and studied at Queen’s University in Belfast, had been travelling on the A1 between Dromore and Banbridge at around tea-time on Sunday, August 23. Now a memorial match by friends and family will be held on Saturday, January 2, at Dromintee GAC, of which Peter Hughes had been a member.

It will feature a South Armagh Select side, from Dromintee and St Paul’s High School in Bessbrook, where Peter had been head boy in 2013/14.

They will take on a South Down Select team drawn from Conall’s Saval GAC, and Attical GAC, of which Gavin had been a member.

The fundraiser, which will include a raffle and entertainment afterwards, will be in support of the Newry-based Head Injury Support.

It provides a range of services including to those who have suffered head injury and carers, including day rehabilitation, psychological support and vocational training.

The organisers feel it is a fitting tribute and a worthwhile cause for which to raise money.

In a statement they say: “We are very impressed with the work that Head Injury Support have done to support people who have suffered head injuries in the local community.

“Therefore we plan to raise money for this charity. Raffle tickets will also be sold with the chance to win prizes.

“We are also in the process of designing a jersey that incorporates the three men and their individual local clubs, with a crest design resembling a holly tree – a symbol that connects them all through the year they spent in the same accommodation in Elms at Queen’s University.”