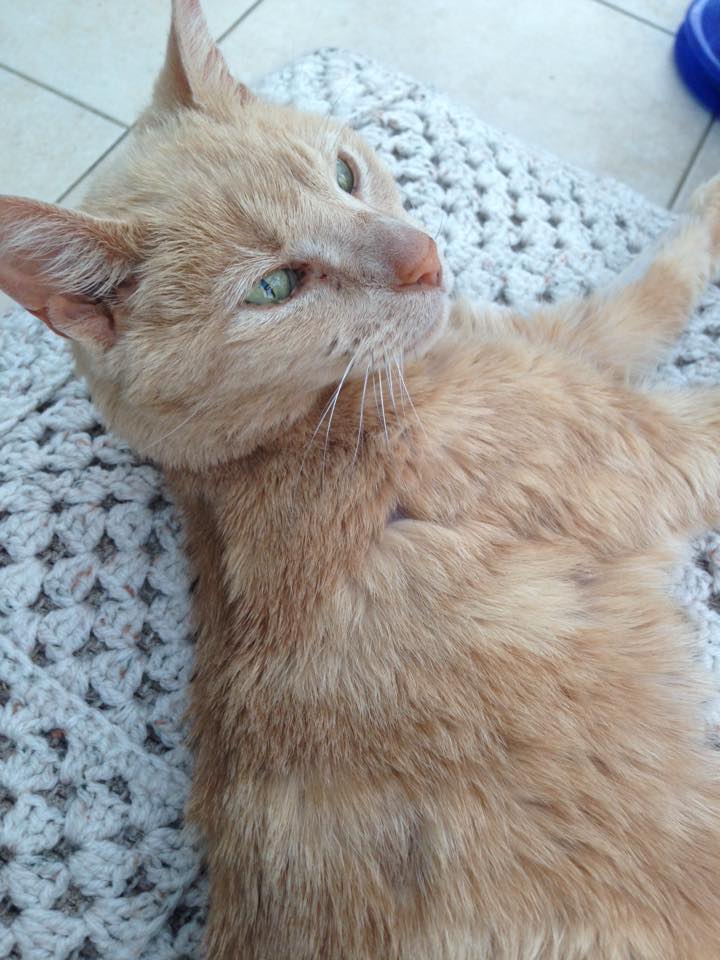 Globe-trotting Ozzie will not make it home to Australia, as the charity looking after him reveals he has just days to live.

The much-loved cat, born in 2000, sparked a media frenzy across the globe to find his owners.

The cat had been registered in Australia, had been known to have been in London but then turned up as a stray in Laurelvale, County Armagh.

After a worldwide appeal, the mystery was solved.

The feline wanderer had been travelling the world and was due to return to Australia. His owners had left him in County Armagh with a friend but Ozzie – real name Tigger – ran away.

After tracing his owners via a newspaper article Down Under, plans were in place for Ozzie – as he was named by the Armagh Branch of the Cats Protection charity – for him to return to Australia.

But the local branch of the charity has now revealed that, sadly, Ozzie is dying.

Cats Protection Armagh broke the news via their popular Facebook page, saying they had been left “in a daze” by the worldwide media attention.

They report that, slowly Ozzie’s story unravelled and his past unfolded bit by bit.

“Some pieces of his tale remain unanswered but to us Ozzie will always be our Australian traveller who came to our care for a reason,” they say.

But tragically, the charity adds: “Sadly his health has deteriorated and he is in kidney failure.

“He is spending his last days with us and when the time comes it will end in dignity and surrounded by love.”