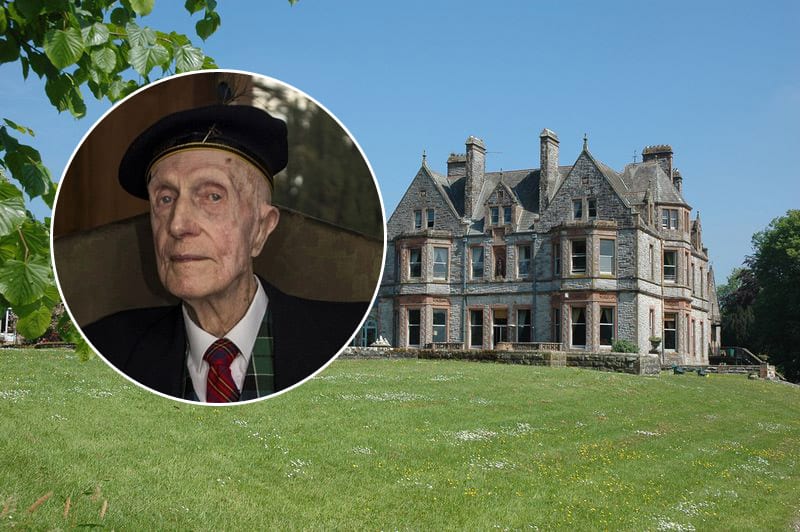 The much-loved and popular Sir John (Jack) Leslie has passed away.

The Leslie Family made the announcement today, saying he “passed away peacefully” in his sleep this morning “with the dawn chorus surrounded by his family”.

Last November, Captain Sir John – or Jack as he was more popularly known – was awarded France’s highest military honour, travelling to the French embassy in Dublin to be bestowed with the medal.

The Knight of the National Order of the Legion of Honour was presented by the French Minister for Veterans and Remembrance, Jean-Marc Todeschini.

A member of an aristocratic family, which owns the Castle Leslie Estate in County Monaghan, Sir Jack – as he was better known – was born on December 6, 1916, and was a cousin of the former British war-time Prime Minister Sir Winston Churchill.

During the Second World War, he had been an officer in the Irish Guards.

And he spent five years in a German prisoner of war camp when he was captured during a battle to defend Boulogne Sur Mer in France.

He survived and went to live in the United States after World War II before embarking on a journey around Europe and falling in love with Italy, settling in Rome.

In his 70s, he returned to the family estate in County Monaghan.

Sir Jack was renowned for his love of music and the spritely gentleman celebrated his 85th birthday in Ibiza!

In November he toasted the Legion d’Honneur in the presence of family and friends and dignitaries.

Sir Jack’s honour, according to the Jean-Pierre Thebault, the French Ambassador to Ireland, was for his “significant contribution in the defence of the freedom of France” during World War Two.

But Jack said he was accepting the medal on behalf of all soldiers from the island of Ireland who fought and gave their lives in two world wars.

People have been urged to post their messages and memories “celebrating ‪#‎UncleJack‬ life on the Sir John Leslie Appreciation page which can be found here: https://goo.gl/YW55qd ”