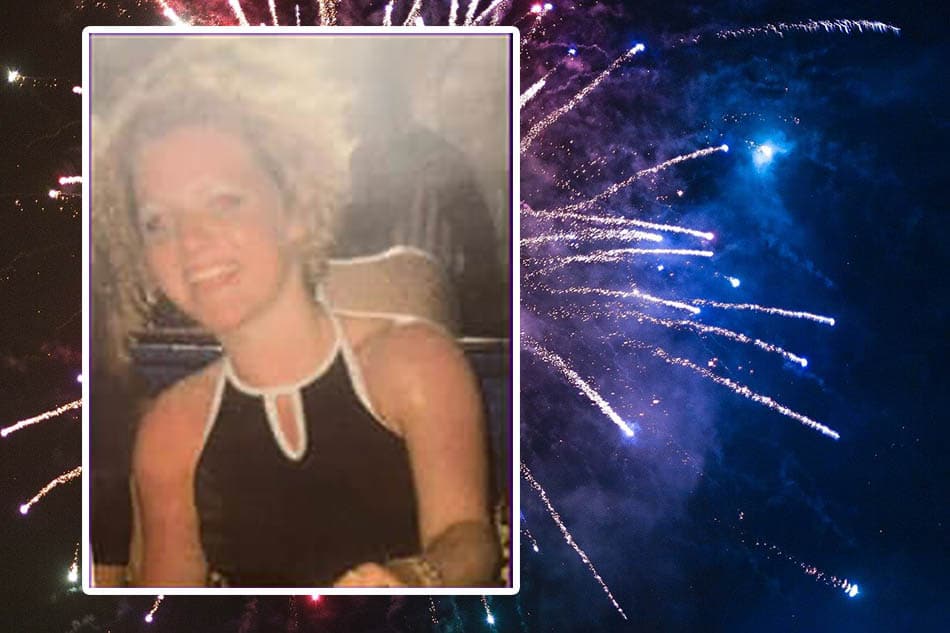 A south Armagh family are hosting a charity New Year’s Eve fireworks display atop Camlough Mountain in memory of their daughter.

Ciara McKinley tragically lost her life in a road traffic collision in 2000.

Ciara’s family and friends are keeping her memory alive and will do so in spectacular fashion on Thursday evening at 7.15pm.

The display will be visible for miles around, so many will be able to watch on from the comfort of their own homes and within Covid regulations.

Ciara’s brother, Darren McKinley, explained: “It was August 2000, Armagh were about to play Kerry in the All-Ireland semi-final. I was 15 at the time and buzzing because Armagh were doing well.

“The doorbell rang at 9am on the Sunday morning. We all knew that was out of the ordinary. It was the police!

“My sister Ciara had been in a car accident and was critical. She passed away three days later. She was 20-years-old; the oldest in the house and someone I looked up to.

“Her death didn’t define her though. She was well-known for working in the Quayside, Lough Inn and Town Bar part time. She worked in Belfast for a government body during the week. She was bubbly, good looking and wild craic. To this day, many people can still reflect on a conversation or night out with our Ciara. She had this smile that was warm. It invited a conversation.”

Darren added: “Mum was keen to have an event to keep her memory alive. I don’t think there is any fear of Ciara being forgot about.”

And remembering the awful tragedy, Ciara’s parents Oliver and Rose, recalled: “On August 20, 2000, our beautiful daughter Ciara Mary McKinley was taken from us as a result of a car accident.

“She was taken to Daisy Hill Hospital, Newry where a precious eight hours were lost; they then transferred Ciara to Royal Victoria Hospital Belfast at 3pm on August 20.

“These precious hours left us having to deal with the loss of the precious life of our beautiful daughter, deprived us of everything including birthdays, wedding day, joyous Christmas periods and the gift of new life – our grandchildren.

“This year is the 20th anniversary from Ciara passing and in Ciara’s memory we would like to do a fundraising event for the ‘Air Ambulance’ in particular, which has saved so many lives already, and we want them to continue the great work they do to save further lives in the hope that less families will have to suffer.

“Our family hope that this money will make a difference and will help in a very small way to the further suffering our family continue to feel from the loss of a beautiful daughter, sister and friend.”

All funds raised with will be donated between the chosen charities Fight for Alfie, Southern Area Hospice and Air Ambulance NI.

You can donate to the JustGiving page here.