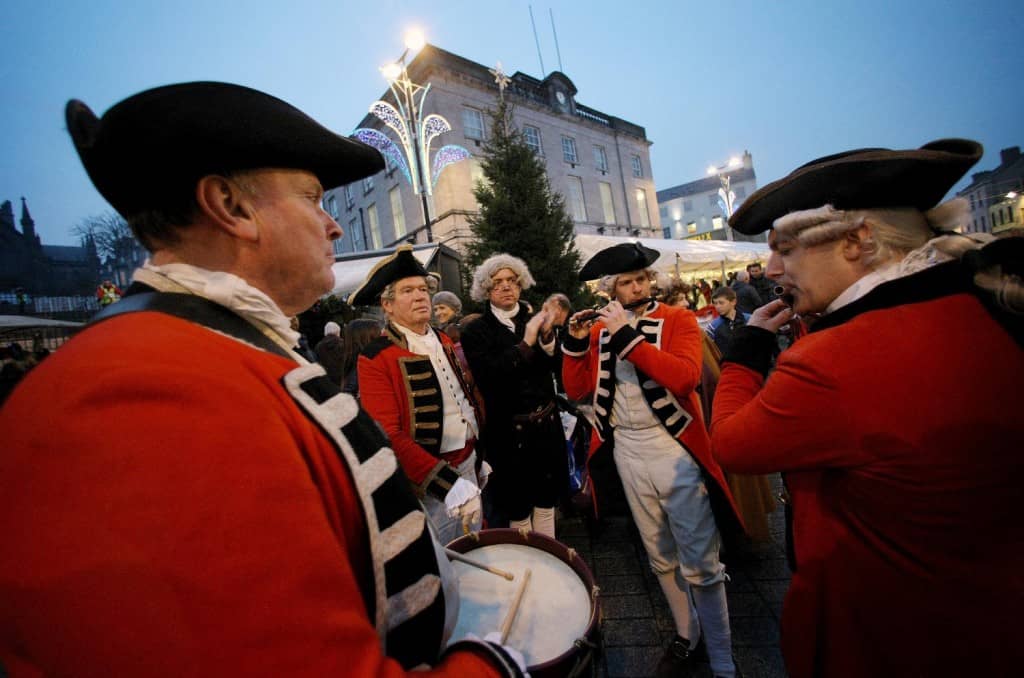 There have been calls tonight for Armagh’s Georgian Day celebrations to be extended to include the Eurospar shopping centre.

This year’s big event is due to take place on Saturday, November 29.

Now, with just over six weeks to go until the day itself, local SF Councillor Seaneen White wants Armagh City and District Council officials to visit the shopping centre to see what can be done.

Her calls come just two days after it was reported that the future of the event next year and beyond could be in jeopardy, or have to be severely curtailed, after events funding cuts through the Northern Ireland Tourist Board, which were blamed on budgetary pressures.

Georgian Day annually attracts tens of thousands of visitors to the city from all over the country.

It is seen in Armagh as the real start to the Christmas countdown and for this past number of years has culminated in a spectacular lights show at the Market House.

But Councillor White feels that the retailers at the Eurospar centre are losing out and wants to see the event expanded to bring them ‘in from the cold’, so to speak.

She told Armagh I: “I have been in contact with officials from the council asking that the Eurospar centre be included in this important event. Year on year this event has proven to attract visitors and shoppers to the area.

“Given the fact the Eurospar centre has numerous small, local businesses, I think it would be good for trade and an important way of showing our support to these small outlets.

“I think that it makes sense to have the gingerbread alley within the confines of the centre. We have learned recently that the post office, which is situated within the centre, is to close, so I believe that it is important for council to support our business community and this is one way to do so.

“I have invited the council officials to visit the Eurospar centre and speak to the proprietors and ask for their ideas on how they could be included in this community event.”