Bring on sunset – and let the ‘Dance of the Planets’ begin! 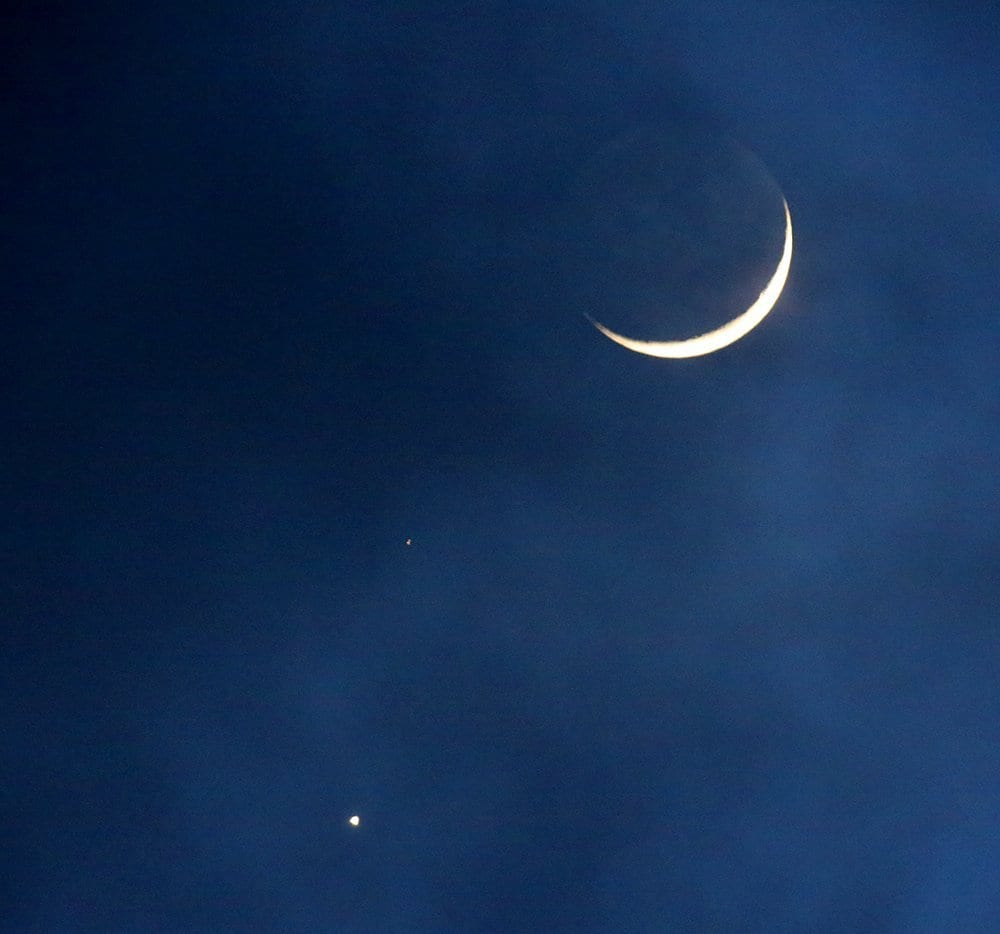 It’s dubbed the ‘Dance of the Planets’!

A total of FOUR planets should be clearly visible if you look up this evening and THREE of them will be standing practically in a line!

Not just that, according to Armagh Observatory, tonight, in the night sky above us, Mars and Jupiter will appear to kiss!

The great news is that the weather forecast is clear enough to see some of this fantastic planetary activity tonight.

The Observatory reports that the next two weeks will provide a rare chance to observe the planets Venus,
Mars and Uranus in the western evening sky after sunset – and the bright Jupiter rising high in the east about the same time.

The brilliant ‘evening star’ Venus passes within an angular distance from Mars – about equal to that of the Moon – tonight, Saturday, February 21.

It then passes even closer to Uranus – about a fifth the angular diameter of the Moon – on Wednesday, March 4.

Between these dates the three planets lie nearly in a straight line.

With good weather – that is a clear, cloudless view of the western horizon after sunset – Mars and Venus can be seen without a telescope.

Uranus can be easily seen with a small telescope or a pair of binoculars.

Jupiter – the largest and most massive planet in the solar system – is shining brightly high in the east about the same time.

Professor Mark Bailey, director of Armagh Observatory, told Armagh I: “A feature of the night sky over the next couple of weeks  is the close approach in the sky of Venus first to Mars and then to Uranus.

“All three planets are visible low in the sky in the WSW after sunset, with Venus – by far the brighter of the two – acting as a kind of signpost for the rather fainter Mars, which can easily be distinguished by its red colour, and the much fainter Uranus.”

Professor Bailey said the gradual approach of one of these evening ‘stars’ to the other has been easily seen over the past few days and tonight, weather permitting, Mars and Jupiter nearly ‘kiss’ on the sky.

Opposite these planets in the sky, the very bright Jupiter rising high in the East can hardly be missed.