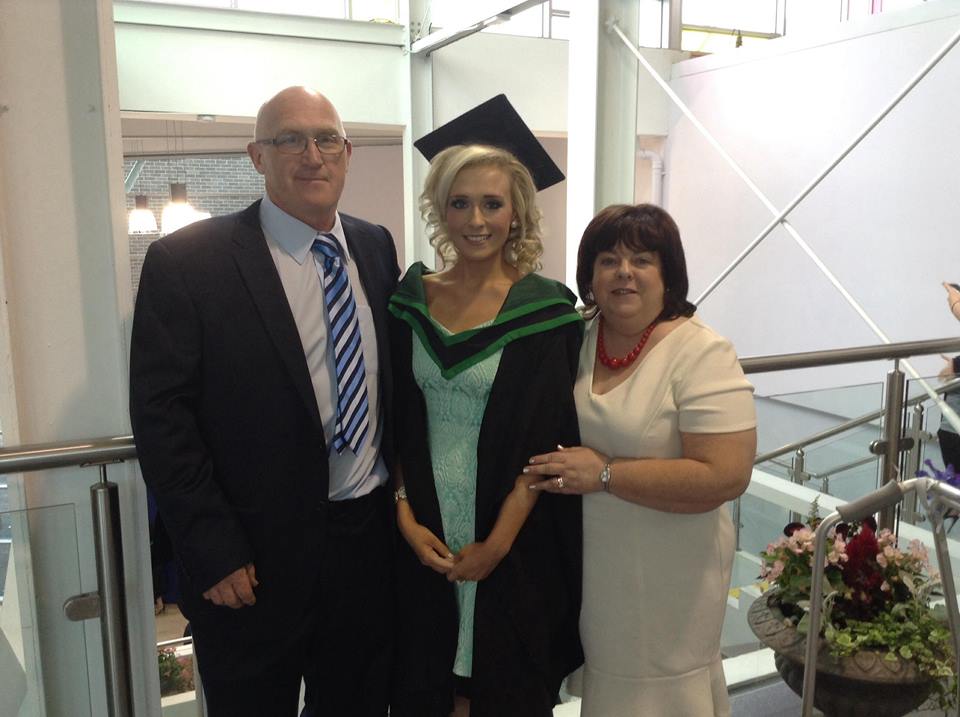 It was the culmination of years of hard work while battling ill health.

But her perseverance has paid off and all of her family and friends could not be happier or more proud.

It is now over three years since Séanín, from Belleeks, was diagnosed with Ehlers Danlos Syndrome (EDS). The condition is something which Séanín – who turned 23 at the end of May – will always have; it is an incurable progressive disease which has a profound affect on the skin, the joints and muscles.

But today, surrounded by her family and friends at the University of Ulster, Coleraine, she graduated with a BSc (Hons) & Diploma in Industrial Studies in Human Nutrition.

She was also named the university’s Unergraduate Student of the Year!

On the The Fight On Campaign For Séanín page on Facebook, set up to raise funds for specialist treatment, a picture of the grand occasion has been revealed.

The post reads: “She has worked extremely hard and has had to endure many a setback to achieve her degree but she’s done it and we couldn’t be prouder! There’s nothing our girl can’t do when she puts her mind to it! Such an inspiration! Well done Seanin x.”