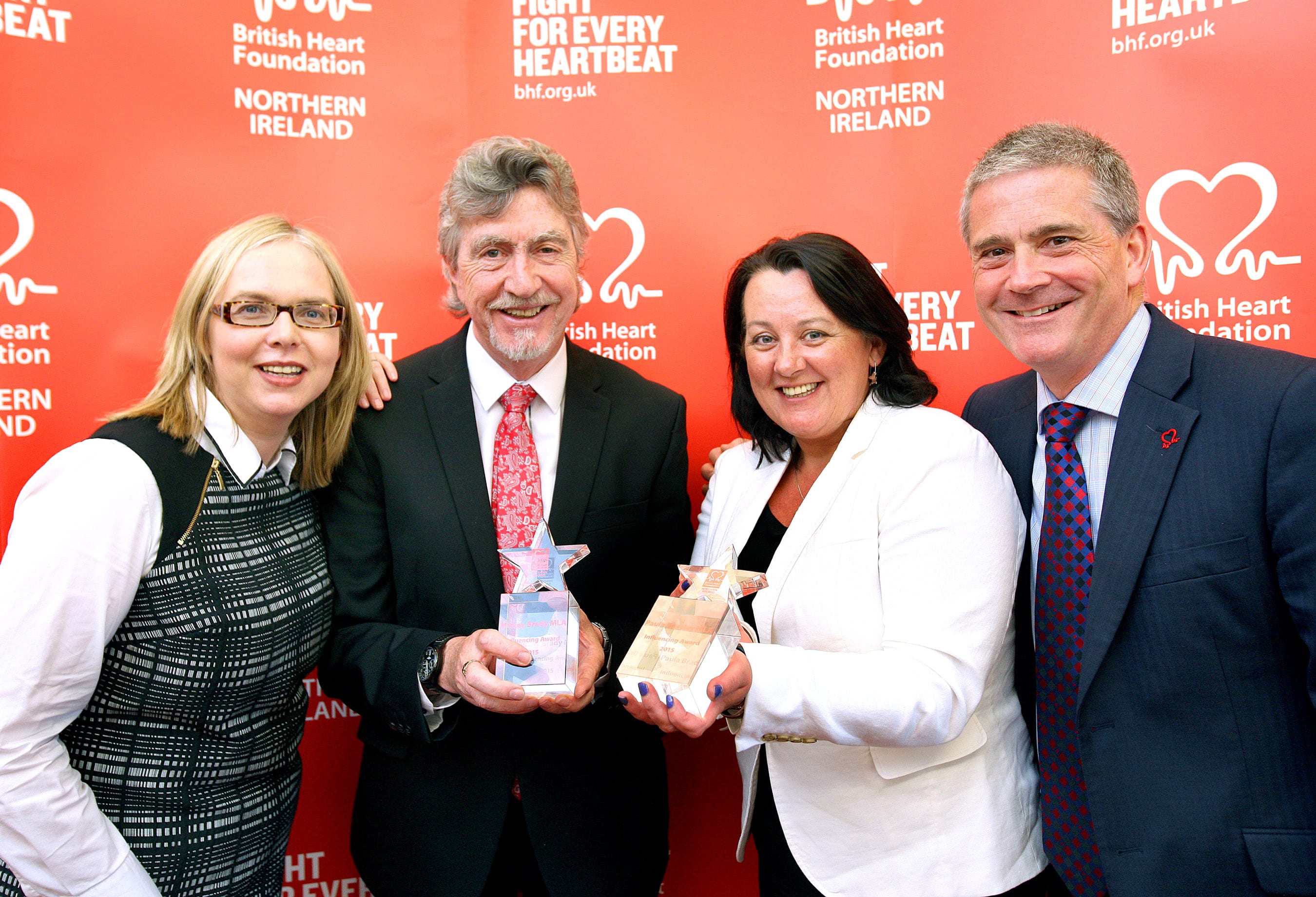 Newry and Armagh MP Mickey Brady has been recognised by a leading heart charity for his work combating heart disease.

He was jointly given the British Heart Foundation’s Influencing Heart Hero Award, along with MLA Paula Bradley, for their work in “leading the fight against heart disease”.

The Sinn Fein MP was recognised at the charity’s annual Supporter Conference in Antrim for his “relentless determination in using his voice to help improve the heart health of local people”.

The charity said they had honoured Mr Brady as he had “championed issues of importance through the All Party Group on Heart Disease and Stroke at the Assembly, where his leadership and support played a key influencing role in improving services for people living with heart disease”.

Mr Brady said he was thrilled to have received the award and that he hopes it highlights the importance of keeping your heart healthy.

“It is an honour to have been recognised and to know the work we are doing is making a real impact,” he said.

“It is a great feeling to know that I have been able to make a difference and that my voice has been heard. The Heart Foundation is a charity that is very important to me because, like me, they believe in improving services for people with heart disease and they have been a great support to me throughout the years.

“I want to continue working with them to help stop lives being cut short from heart disease and support and improve the lives of those living with heart conditions.”

“I am delighted that we can recognise Mickey’s commitment to improving the heart health of local people,” she said.

“Mickey’s hard work and determination in supporting people living with cardiovascular disease is inspiring and reflects the values that we hold at the core of the charity.

“We rely on the support of local politicians like Mickey to help us in our fight for every heartbeat.”