Neighbourhood facilities proposed will include provision of a doctors' surgery, a creche, a local shop, salon and residents' gym 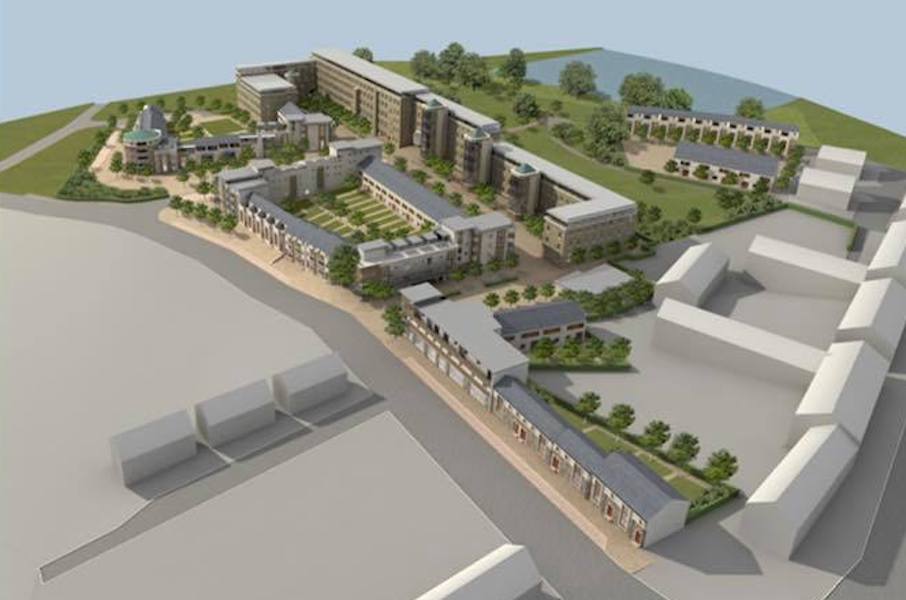 An historic linen mill later converted into a British army base in south Armagh could soon be transformed again –  into 270 apartments and townhouses.

A planning application to develop Bessbrook Mill has been lodged with Newry Mourne and Down District Council.

The plans involve the restoration of the mill, which is listed, to accommodate 270 residential units, consisting of 206 apartments and 64 townhouses.

The housing mix will incorporate a mixture of private and social housing units located across the site.

Neighbourhood facilities proposed will include provision of a doctors’ surgery, a creche, a local shop, salon and residents’ gym.

Bessbrook was founded in 1845 as a model village, with spacious streets and squares surrounding the large linen mill, owned by the Quaker Richardson family at the time.

However, during the Troubles, the linen mill was converted by the British Army into a major military base.

A helicopter landing area was established to supply other military outposts in the area since road-borne movements of troops and supplies were vulnerable to landmine attack.

At one stage the little village was reportedly the busiest helicopter ‘airport’ in Europe.

The proposals have been greeted with a mixed response, with many stating this proposed new development would completely ruin the model village.

Others have suggested an influx of people will help boost the local economy.

The decision will now lie with the planners at council.