Over £1,300 had been donated towards vet bills but the total amount climbed to over £1,500 after Armagh I highlighted the issue again on Sunday 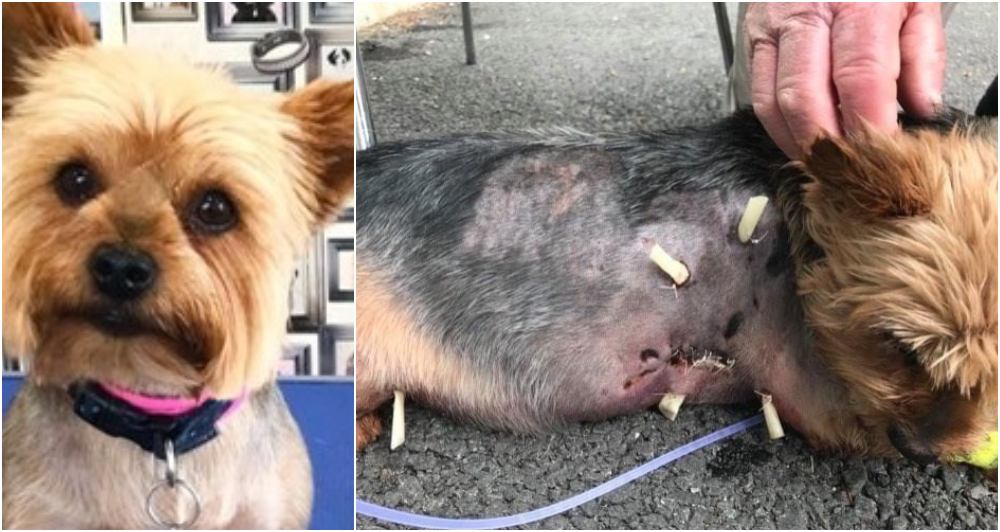 Council officials are investigating an attack on a man and his pet dog which left the latter with life-threatening injuries, it has been confirmed.

The incident happened in Bessbrook on Sunday of last week.

The man and his dog were walking in the area when they were reportedly attacked by a Staffordshire bull terrier.

The man required treatment for his own injuries.

And his granddaughter Karen Harte started a GoFundMe page.

Over £1,300 had been donated, but the total amount climbed to over £1,500 after Armagh I highlighted the issue again on Sunday morning.

Meanwhile, Newry, Mourne and Down District Council has confirmed it is investigating the incident.

A spokesperson told Armagh I today (Monday): “Newry, Mourne and Down District Council’s Dog Warden service is currently investigating an incident at Ardaveen Park, Bessbrook on 31 May, 2020.

“No further comment can therefore be issued at this stage.”

Donations, meanwhile, can still be made to the GoFundMe page by clicking the link here