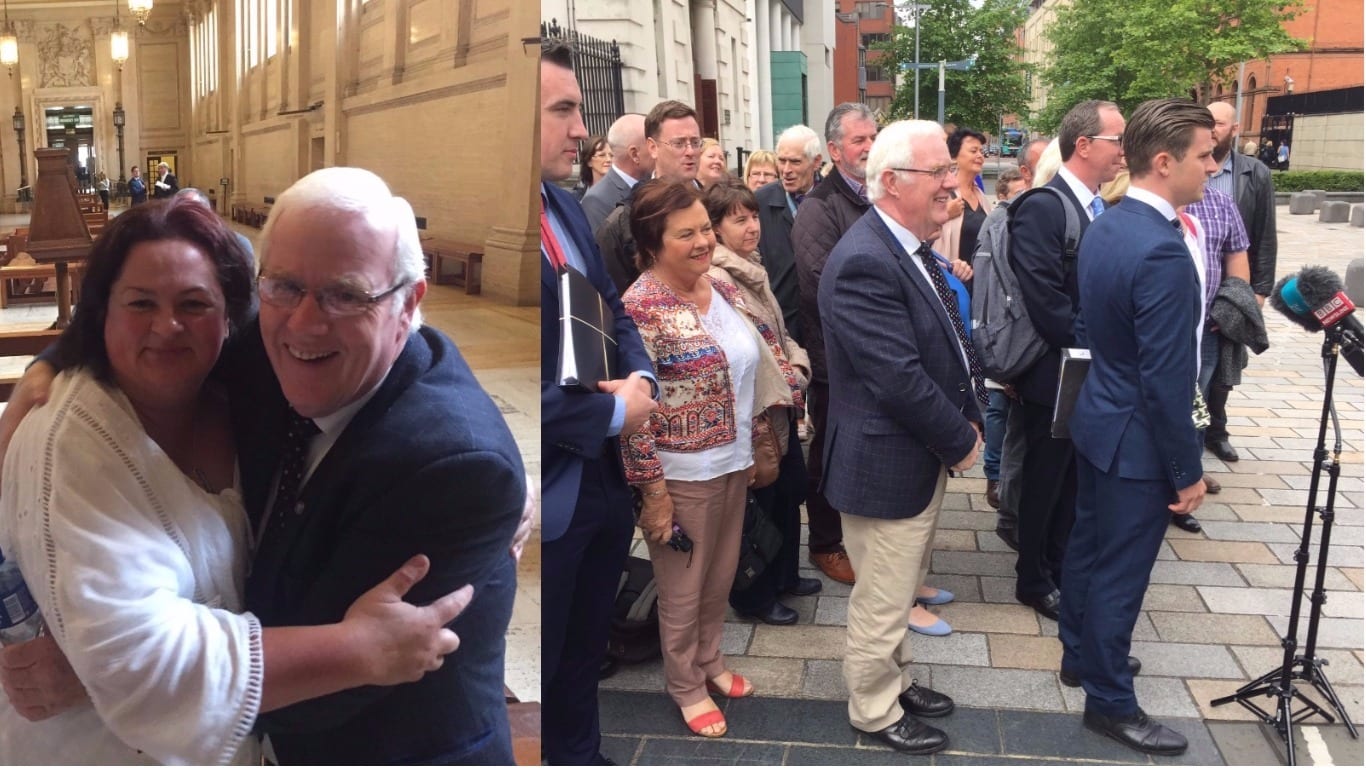 A county Armagh man whose three brothers were murdered by a loyalist gang in 1976 has described a High Court ruling into alleged state collusion as a “war crime”.

Eugene Reavey was speaking outside the court after a judge ruled that the PSNI breached families’ human rights for their failure to conduct an overarching review of state collusion with a notorious Glenanne Gang, based out of a farm in county Armagh.

The independent Historic Enquiries Team (HET) had partially completed a probe into the activities of the Glenanne gang but its work was halted by the PSNI.

The UVF gang is believed to have been responsible for up to 120 murders in nearly 90 incidents in the Troubles.

“There is no other word for it than a war crime – that’s how big it is.

SDLP Assembly Member Justin McNulty MLA, who was Mr Reavey and his family in court today welcomed the judgement by Justice Treacy

“Judge Treacy has given judgement that there has been a Violation of the Families’ Article 2 Rights in terms of how the murders relating to the Glenane Gang were investigated,” said Mr McNulty.

“He found that the PSNI employed illegal measures to obstruct the HET in completing their investigations into this series of murders.

“This is collusion in its rawest form, both in the past and right up to the present day. Those who were responsible for upholding law and order failed in their duty.

“They colluded with the Glenanne gang in the 1970’s in the murder of 135 people in the ‘murder triangle’.

“They have sought to prevent justice up in the present day. The victims’ families have fought tooth and nail to get truth and justice and are indebted to the work of Darragh Mackin and Peter Corrigan from Kevin Winters Law Firm.

“This community has suffered terrible pain, inflicted by the state and by paramilitary organisations.

“Many families are crying out for justice, and have been forced to turn to the courts just to get to the truth of what happened to their loved ones. This is scandalous.”

Sinn Fein MLA Cathal Boylan added: “The judgement confirms what families and others have known for decades that there was collusion between the British state and the loyalist murder gang which was made up of serving RUC, UDR, British army personnel and loyalists.

“The Glenanne gang was responsible for more than 100 murders, mostly of nationalist civilians, in Armagh and Tyrone, as well as being involved in the Dublin and Monaghan bombings.

“The British state has continually sought to deny and delay the truth about the role of its armed forces in running murder gangs during the conflict.

“This continuous refusal to take responsibility for its actions is unacceptable and adds to the pain and suffering of the victims.

“Justice Treacy has placed an onus on the PSNI to return to the courts in a fortnight’s time to offer an ‘appropriate form of relief’ that would address the family’s concerns.

“I am calling on the PSNI to comply with the judgement and provide the necessary resources so that the families can get access to truth and justice.”