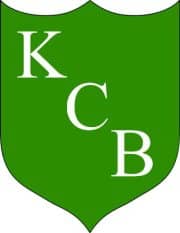 A NEWLY-FORMED Keady band is celebrating after securing £10,000 in Lottery cash.

The Keady Community Band has a lot of experience in music, with most of the members coming from the Old St Oliver Plunkett Accordion Band, who were All-Ireland champions on a number of occasions.

The funding has allowed the band – set up last year – to purchase instruments, including accordions, flutes, cymbals and drums. It also covers tuition for members.

It is hoped that the band will have their first public outing on March 17, during Keady’s St Patrick’s Day Festival, where they hope to perform several tunes on stage.

Sinn Fein Councillor Darren McNally has welcomed the funding and offered his congratulations to the band.

He said: “I attended the first several meetings and helped them form a committee. Keady has had a long tradition of bands and it’s great to see one started in the area again.

“A number of months ago I organised a number of meetings for the committee with Armagh Council’s community/economic manager Godfrey McCartney to talk about funding. Godfrey must be commended for the advice he gave the group.

“The committee applied for a grant from the Lottery’s culture award, and were successful in securing £10,000 to run a number of programmes in the run-up to the City of Culture event in Derry.

“The band is growing steadily, with over 30 children already having joined. They practice every Monday evening in St Patrick’s Hall, from 6pm to 8pm, and are very keen to attract new members. I would encourage parents to send their children to this worthwhile project. Parents could even check out Keady Community Band’s Facebook page for details.”

Mr McNally added: “The committee must be praised for all their hard work. I wish them all the best for the future.”