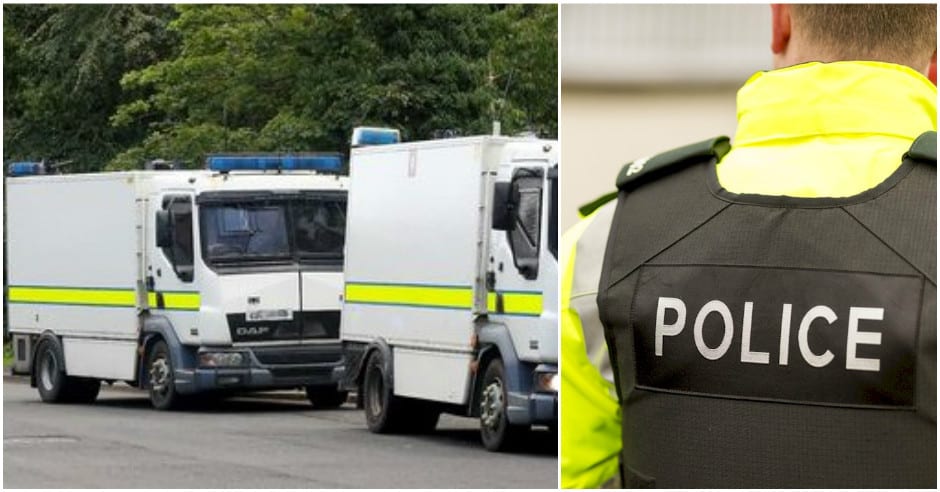 Police have confirmed a pipe-bomb type device discovered in Banbridge early this morning was viable.

Twenty-five families had to be evacuated during the operation in a residential area.

Detectives are now appealing for information.

Detective Inspector McCamley said: “We received a report around 1.15am of a suspicious object outside an address in Hawthorne Hill in the town.

“ATO attended and around 25 homes were evacuated while the object was examined.

“It has since been declared as viable and has been taken away for further forensic examination. All residents have now been allowed to return to their homes.

“Police would like to thank the local community for their patience while we worked to keep them safe. Keeping people safe is of paramount importance and we will not take any chances.

“I would appeal to anyone who noticed any suspicious activity in the area or anyone with any information that could help our investigation to contact detectives in Lurgan on 101, quoting reference number 81 of 18/05/19.”

DUP Upper Bann MLA Carla Lockhart condemned what she termed as “reckless activity” in the Hawthorne Hill area of Banbridge following an incident in the early hours of the morning.

She said: “I condemn this type of activity in what is a quiet residential area of Banbridge. Families were disrupted and had to be evacuated to a local parish hall. Most alarmingly a viable device has been taken away for further investigation.

“I encourage anyone with any information to come forward to the PSNI and report it. It is important that the police apprehend those responsible. It is imperative that information is forthcoming. Thankfully no one was hurt or seriously injured. I trust the families who had to suffer significant disruption will have normality restored.”

Local DUP Alderman Junior McCrum added: :”This is not the type of news story we want coming from Banbridge.  I visited the scene in the early hours of the morning and it caused significant disruption.

“We could this morning have been dealing with injuries. I would encourage those with information to come forward to the PSNI and report it via 101.”