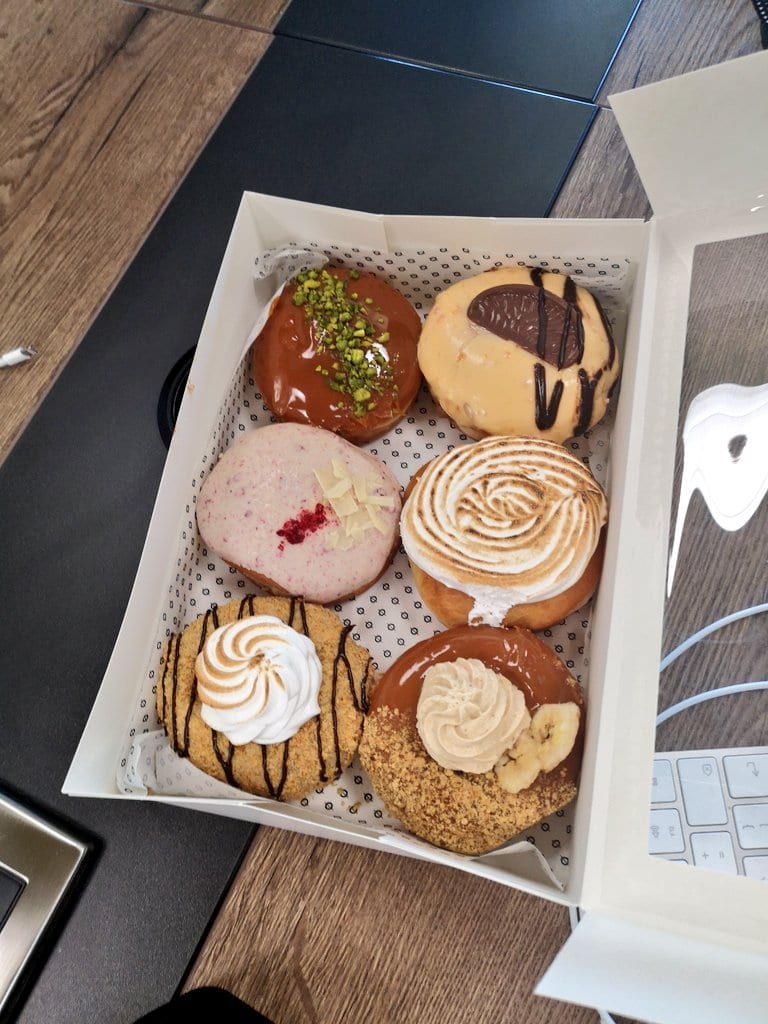 Hurrah – gourmet doughnuts are coming to the borough!

Taboo only opened their first outlet in Northern Ireland in June in Belfast.

And now they have set their sights on coming here.

Plans have been submitted to Armagh City, Banbridge and Craigavon Borough Council which would allow for a new outlet at Banbridge.

The intended location is at the Boulevard.

The company is self-styled as ‘bold and brave’ and its motto boasts: “Donuts so good, they’re Taboo!”

The owners of the Boulevard – currently undergoing a very successful £7 million rebranding – has applied for permission for a change of use.

The intention is to open up at the former Thorntons chocolate unit at the Co Down retail park.

Taboo is to doughnuts what Nugelato is to ice-cream!

Since opening in Belfast, Taboo has arrived to great fanfare at other towns and cities across Northern Ireland, including Bangor and Derry/Londonderry, with the Tower Centre in Ballymena the most recent new outlet, throwing open its doors just two weeks ago.

They also serve a range of top quality coffees too!

Businessman Brett McKinney opened his first in June at the trendy Cathedral Quarter in Belfast and sold over 2,000 doughnuts in the first day!

And, as he did so, he pledged to open a further 13 across Northern Ireland – describing Belfast as “just the beginning”.

He has kept to that and those expansion plans now include Banbridge.

We sincerely hope that ABC Council planners can be convinced to give the nod – and if anyone fancies sending a box our way then we’ll not say no!