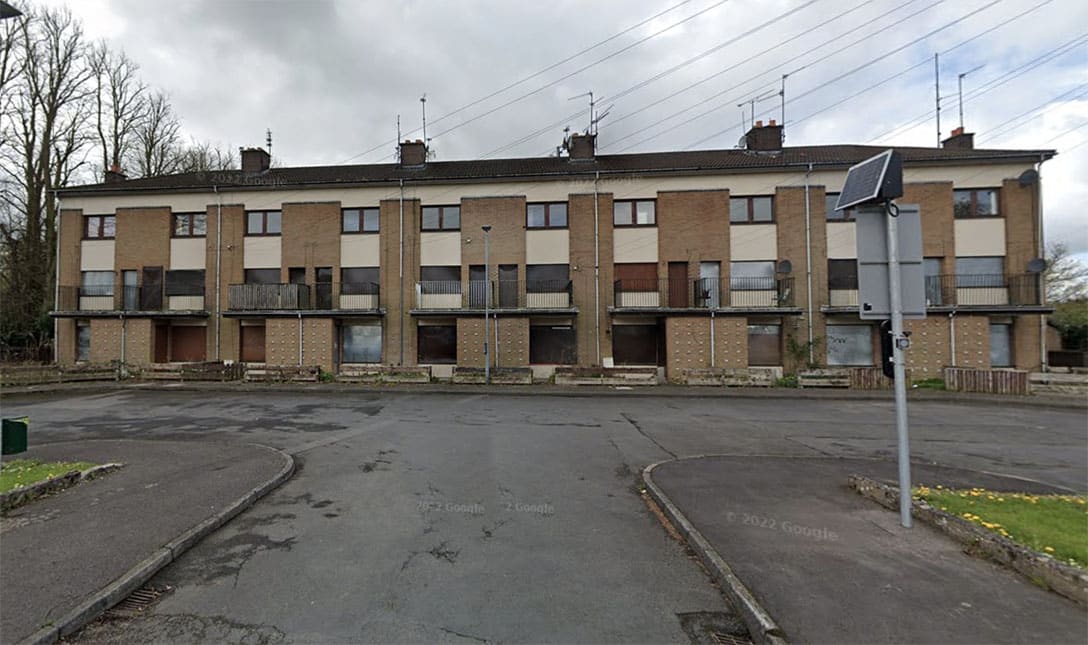 A well known social housing complex on Banbridge’s Lurgan Road will be demolished to make way for a new social housing development, the Northern Ireland Housing Executive (NIHE) has confirmed.

Speaking at a meeting of Armagh City, Banbridge and Craigavon Borough Council, the NIHE’s assistant director of asset management for asset strategy, Andy Kennedy said the housing executive had permission to demolish Chestnut Place and intends to replace it with new builds.

His comments came in response to a question from Councillor Ian Wilson who noted Banbridge Town needs 171 social housing units between 2021 and 2026.

“I note that Banbridge Town is second in terms of need for social housing so what is the situation with the Chestnut Place development out the Lurgan Road,” asked Cllr Wilson.

“What is the plan for it and are there any dates for the redevelopment of to be started?”

Mr Kennedy confirmed NIHE had permission to demolish the development but said any further work will depend on finances.

“We have approval to demolish Chestnut Place and the intention would be to replace it with new builds, social housing new builds but that depends on the numbers at the time,” he said.

“There are issues with the complex itself but we have now cleared that so it is a matter of getting the demolition scheme sorted to bring the complex down.

“If we do go for new build scheme we will then be briefing a housing association to provide that new build.”