Report to come back to committee to detail what was provided when and to whom! 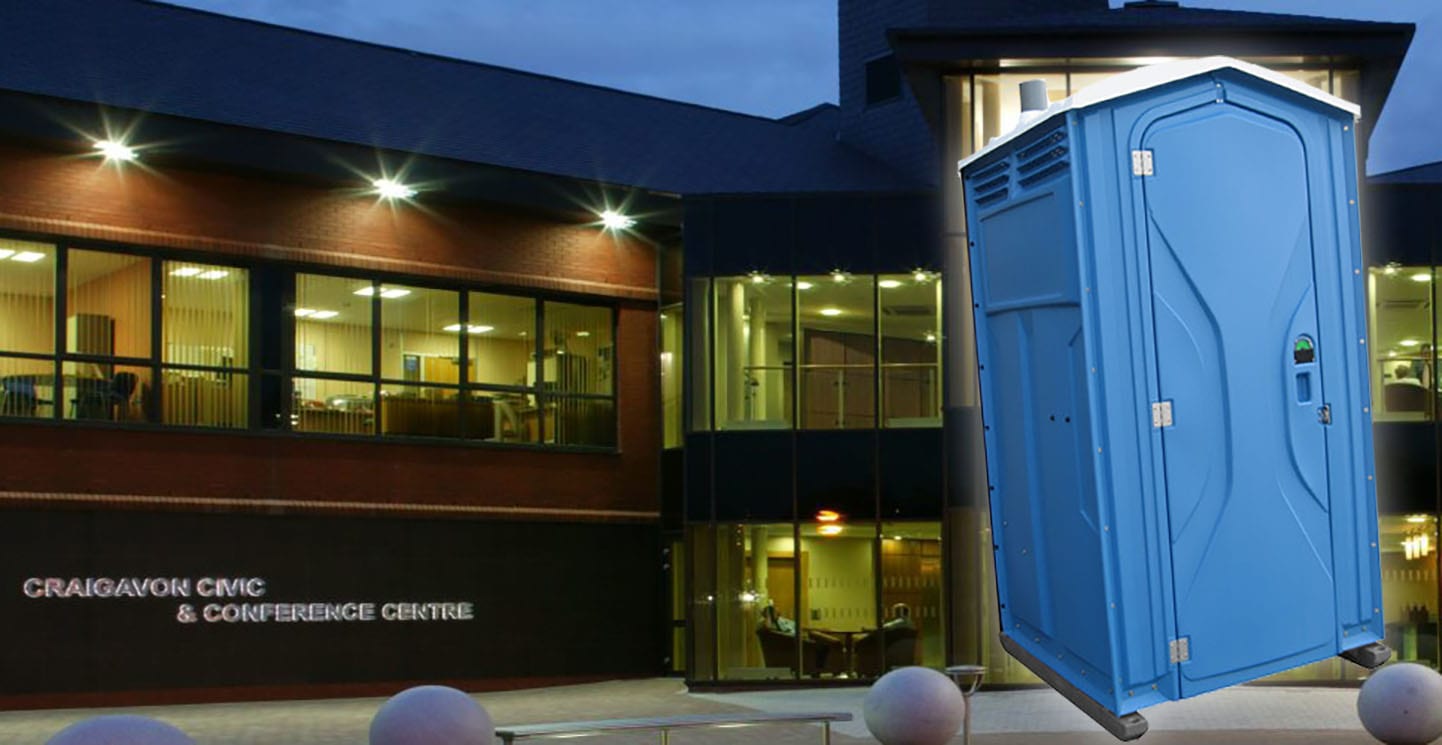 And now councillors have asked for a breakdown of that figure, with one describing it as a “huge expenditure”.

It has now been revealed that council may have to review criteria for portable toilet provision.

The issue rose to the surface during a meeting of the ABC Council’s leisure and community services committee.

It did so after requests from DUP Alderman Paul Rankin for portable toilet provision at Kinallen during July and August when a children’s summer scheme was taking place.

It had earlier been pointed out that not all council-equipped play facilities were located in close proximity to community centres with toilet provision.

Alderman Rankin had said that young children had a 10 to 15 minute journey by car to Kinallen and there was no toilet provision during their participation at the summer scheme which was organised by Kinallen Community Group.

He had proposed that portable toilets be provided at Kinallen while special organised events – such as the summer scheme – were taking place during the months of July and August.

It was a proposal seconded by Councillor Mark Baxter, who explained that Kinallen was situated in a rural area and many of the children had a distance to travel. He said Kinallen Community group were very active in organising structured schemes and the absence of toilet facilities added to the burden of operating such events.

Councillor Baxter pointed out that there was already a precedent of council providing portable toilets at other venues and suggested officers liaise with the community groups to ascertain when events were taking place.

The council’s head of community development said that, if desired, the financial assistance policy working group could discuss and consider the potential inclusion of portable toilet provision as part of the criteria.

But Councillor Baxter said it would be preferable if the provision of portable toilets was not included in the financial assistance programme, adding that it was “difficult for community groups to complete the volume of paperwork required” without placing an “additional burden” on resources.

Party colleague Councillor Liam Mackle proposed a report be brought back to committee and Councillor Nelson asked that a list of all groups who had a portable toilet provided by council be included in that report to committee.

It was SDLP Councillor Mealla Campbell who asked if the council owned portable toilets that could be utilised at such events and suggested that various options were considered.

It was the head of health and recreation who revealed an expenditure of £60,000 on portable toilets over the last year.

She also said there was a large number of events held throughout the borough and there was “no budget for toilet provision” and, due to the number of requests received, council may have to review the criteria to events that leisure services were responsible for providing.

Councillor Nelson said £60,000 was a huge expenditure on portable toilets and asked for a breakdown of the costs to be contained in the report to committee.

He said  there were issues, particularly in rural areas, when no toilets were available at events and, whilst council had to be cautious about setting a precedent, it was “important to be mindful that events attracted visitors to the area” and they should “endeavour to support such occasions in whatever way possible”.

It was agreed that a report be brought back to committee with a breakdown of the £60,000 current expenditure of providing portable toilet provision throughout the borough as well as a list of the groups who had portable toilets made available over the last 12 months.

A report will also be brought back to committee on the cost of providing portable toilets at Kinallen summer scheme during the months of July and August.