PSNI dampen speculation after car catches fire on A1

Traffic was down to one lane during rush-hour this morning 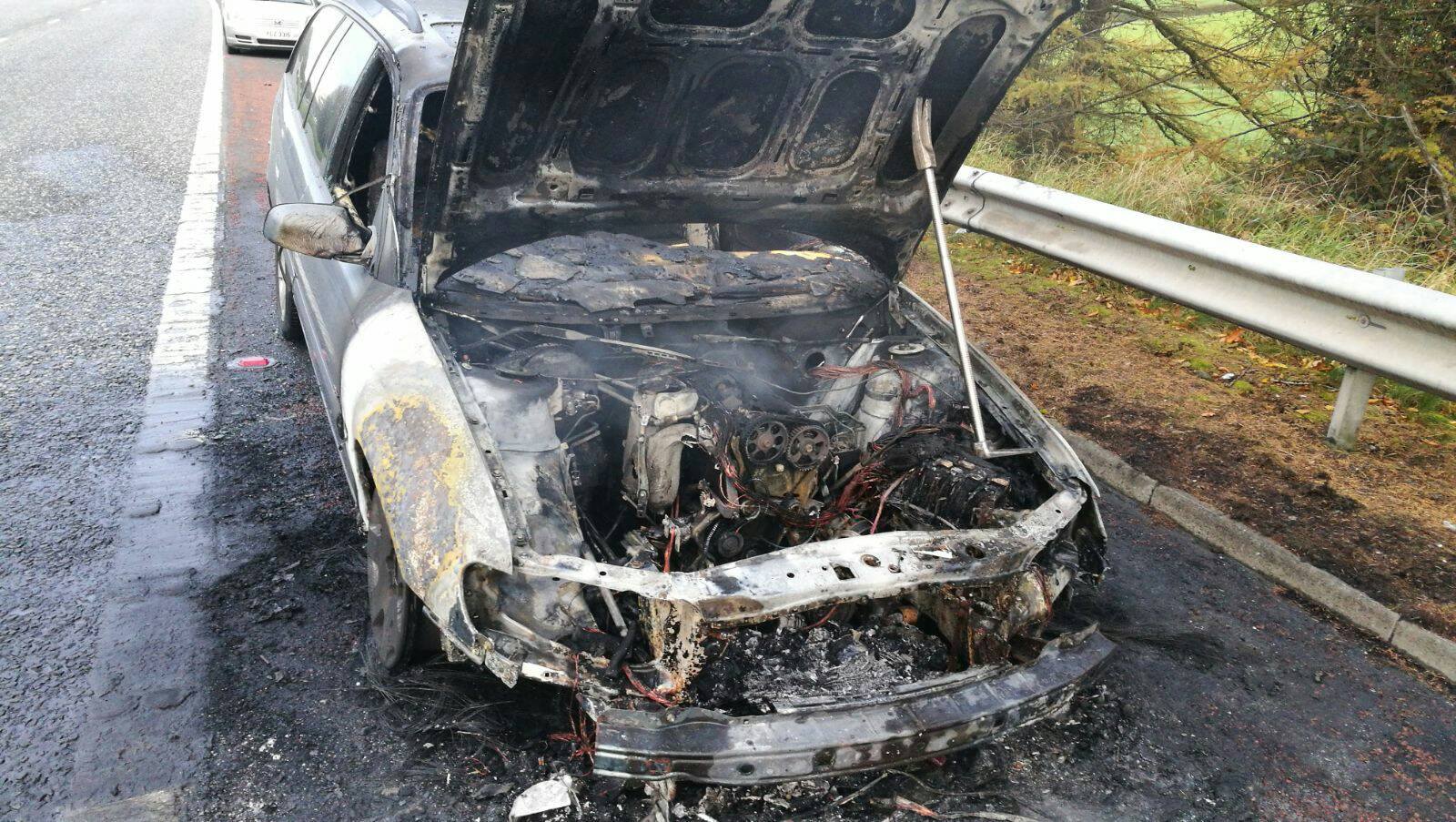 A car fire partially closed off the A1 near Banbridge this morning (Monday).

The A1 Belfast-bound was down to one lane for a period this morning after this car (main photo) spontaneously went up in flames.

Police were keen to dampen rumour and speculation as to the cause of the fire.

A PSNI spokesperson, posting on social media, said: “That’s the A1 fully reopened after an accidental fire to this car.

“There’s some mad speculation going around some of the motoring pages!

“No injuries, no it wasn’t terrorist related, and no there no one on the loose being hunted because of it!

The road has since fully re-opened and the vehicle will be removed from the hard shoulder.