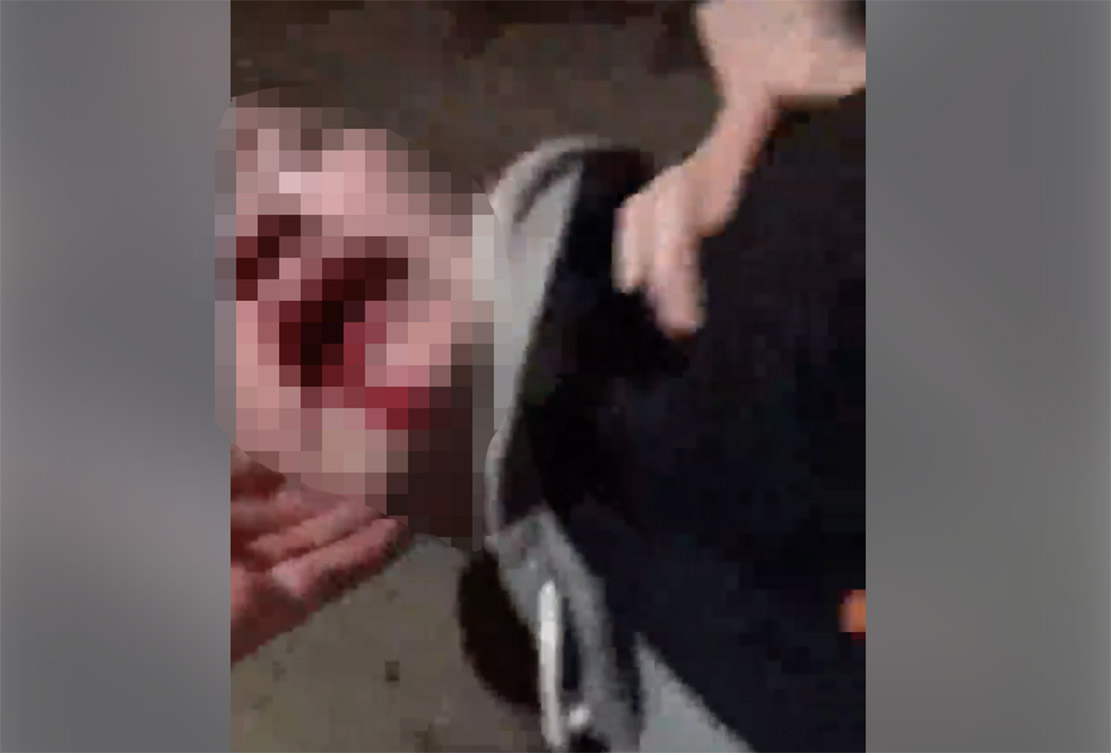 The Police Ombudsman’s Office has confirmed an investigation is underway after a video of a bloodied 13-year-old boy being arrested circulated on social media.

Footage doing the rounds on social media shows what appears to be a bloodied 13-year-old boy being led away by two officers in Banbridge.

Chief Inspector Jon Burrows said officers were directed towards a large group of youths believed to have been involved in the assault.

He added: “Due to a suspicion that the group of youths had been drinking alcohol, they were informed by the officers that they were going to search under PACE (Police and Criminal Evidence Act) with a view to confiscate any alcohol.

“At this point they became aggressive and confrontational.

“A 13-year-old male was restrained and arrested for assault on police before being taken to his home address.

The Police Ombudsman’s Office said: “We have received a complaint about police actions during an arrest of a juvenile in Banbridge on Saturday night, and have now commenced an investigation into the circumstances of the incident.”

He said: “Having watched the internet clip it is clear that context is everything, and this small clip does not give context.

“Today’s police officers from the PSNI wear high-grade body cameras, which can show the context to the incident by highlighting the actions of those before arrest and police officers’ actions before, during and after the arrest procedure.”

SDLP MLA Dolores Kelly, who sits on the Policing Board, said anyone with information should assist the Ombudsman.

“Trial by media is neither fair nor wise, we all need to much more careful about what we post on social media. I hope the Ombudsman’s investigation is expedient in the best interests of all concerned,”

“It’s important the Police Ombudsman can ascertain exactly what happened and I will be contacting the PSNI to raise our serious concerns. Anyone who has any information about this incident should bring it forward to the Ombudsman’s Office,” he said.

DUP MLA Carla Lockhart said: “I did see the video online and have been liaising with the PSNI given the concerns that have been raised by members of the public.

“It is my understanding that there is more substantive video footage from the PSNI body worn camera and that this has been referred to the Police Ombudsman for a full investigation.

“It is important that all the facts are established before jumping to conclusion.

“It’s unfortunate for all those involved and I trust that the young boy makes a full recovery. It is important that this is investigated quickly and I have made that point to the PSNI.”