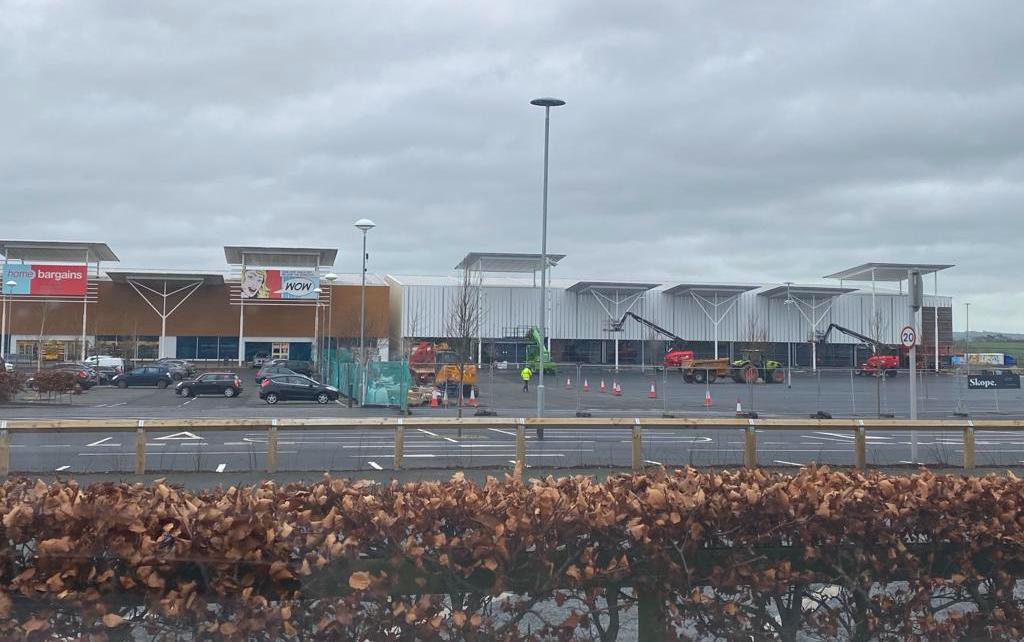 The new £6 million Marks & Spencer store in Banbridge is expected to open within the next number of months.

Work has now been largely completed on the main body of the unit, located at Bridgewater Retail Park, next to Home Bargains.

Indeed, Marks & Spencer – to be located at a newly-built ‘Unit 5’, an amalgamation of two previously approved units – will confirm within the next fortnight more details of the planned timetable.

It has been a fast turnaround for the development, which consists of a 20,000 sq ft Food Hall, alongside an additional storage facility stretching to around 11,000 sq ft.

It was only in the summer of 2020 when Gortalowry Developments launched a pre-planning consultation on behalf of M&S on the potential to open the new Food Hall.

A full planning application was submitted in September of that year, with approval having been granted by May last year.

Development work started almost immediately and has been ongoing ever since, with work often taking place outside normal hours and bringing the new store now to within sight of the finishing line.

It is expected that around 70 new jobs – both full and part-time positions – will be created.

And another application to locate plant equipment to the rear of the new premises – including air conditioning units, gas coolers and other associated aparatus – is also now being recommended for approval.

These are among the final parts of completing the jig-saw and bringing the Food Hall – just a stone’s throw from the existing M&S Outlet unit offering clothing, homewares and other goods at the Boulevard – into operation.

Armagh I will have more information as details are confirmed and finalised in the next few weeks.