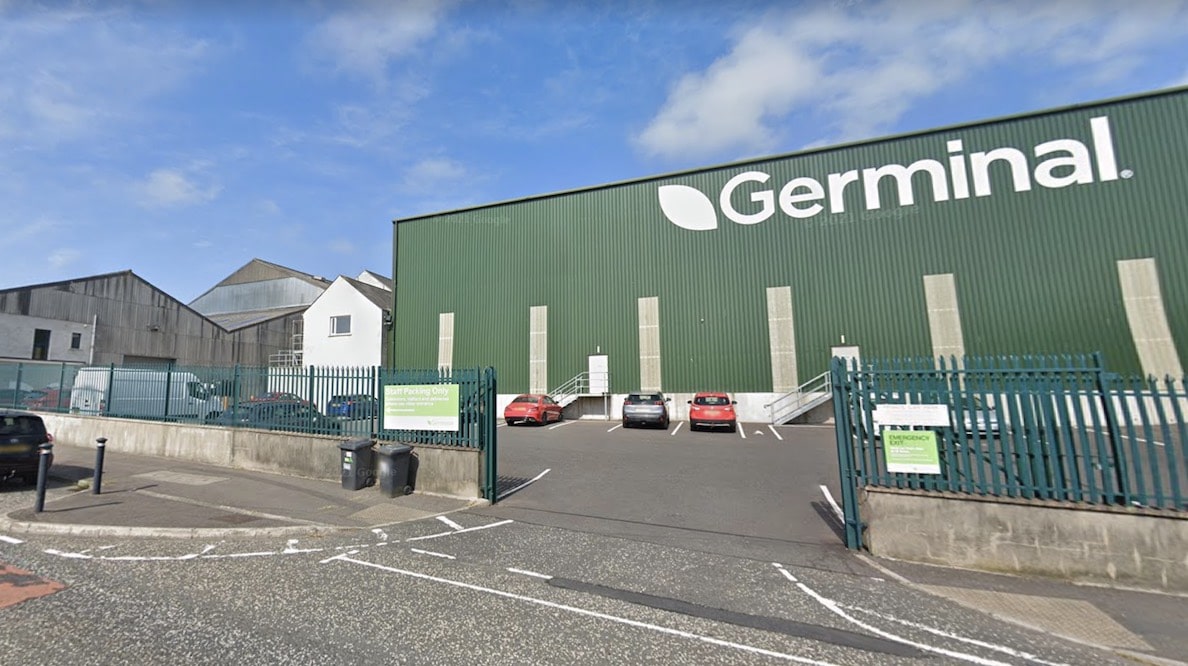 A multi-million pound social housing scheme is being considered for the site of the former Germinal seed factory in Banbridge.

The development – listed as a ‘major’ planning application – would see the construction of a total of 60 units.

This would take the form of a single block of apartments – 24 units in total – as well as 36 houses. These would comprise a mix of detached and semi-detached and stretch across the entire 0.87 hectare site.

A pre-application consultation has already been carried out on the proposed development at Commercial Road.

And this has now led to an application seeking full planning permission being drawn up by Belnew Developments Ltd.

The applicant is working with Ardbour Housing Association to provide social housing. And according to a planning statement, NIHE supports the delivery of social housing on the site.

The address of the earmarked site – which sits opposite Scarva Street Presbyterian Church, graveyard and a care home – is 2 Commercial Road, Banbridge.

According to a design and access statement, it is “predominantly occupied by the Germinal agricultural seed company”. The company announced last year that it was to close and relocate elements of its Banbridge operations.

The development site also includes a detached commercial property at 34 Scarva Road. The latter, which it is intended to demolish, is described as being of “fairly recent construction” and “not of any particular architectural significance”.

It is on the site of this more modern building that the new “carefully designed” apartment block would be built. It will be a three-storey development, to “provide at least two storeys along Scarva Street” and to “repair the streetscape at this prominent location and create a sense of enclosure along this street”.

Neighbouring plots along the street have already been cleared and used for “ad hoc parking”, according to the design statement.

All of the residential properties would be built to ‘Lifetime Homes’ standards, with full disabled wheelchair access throughout.

The application includes 24 parking spaces for the apartments’ residents, together with cycle and storage provision. Houses have also been provided with parking with the exception of the two-wheelchair houses with driveways.

Access would be “primarily from the east and west of Meeting House Road and Commercial Road” for both vehicles and pedestrians, with pedestrian access also available to the apartments from Scarva Road.

The scheme would be designed in conjunction with PSNI Crime Prevention, according to the statement.

It adds: “The inclusion of private in curtilage car parking along with a private off-street car park for apartment residents which are overlooked by adjacent dwellings should help deter crime and anti-social behaviour.”

The proposals will now be advertised shortly with a decision expected later in the year.