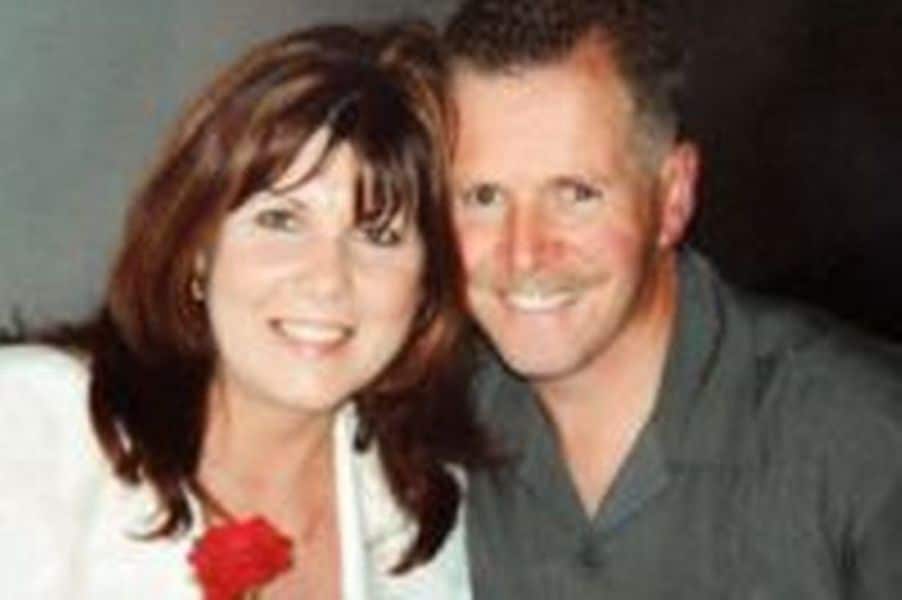 The mother of a Banbridge man who died suddenly has spoken of her utter devastation and heartbreak.

Shane Carroll was found by his wife at their home on Tuesday.

The 48-year-old was the same age as his stepfather, PSNI officer Stephen Carroll – Kate’s husband – when he died (both pictured).

Constable Carroll was shot dead by dissidents in Craigavon back in 2009.

Mum Kate said her son never got over Stephen’s death.

Speaking to the Belfast Telegraph, Kate said: “First Steve, now Shane. It’s heartbreaking. I’ve lost the two most precious people to me in the world over what’s been happening in this country.”

According to Kate, Shane’s wife Elaine initially thought he was sleeping before realising she could could not wake him.

He’s to be buried beside Constable Carroll in Banbridge.

A death notice said Shane was the much-loved husband of Elaine and devoted daddy of Dean, Katelyn, Jordan, Skye, Carley-Rose, Riley, Ariana, Harley and Ella-Rose and darling son of Kate.

House and Funeral Strictly Private due to the current restrictions. No Flowers Please.