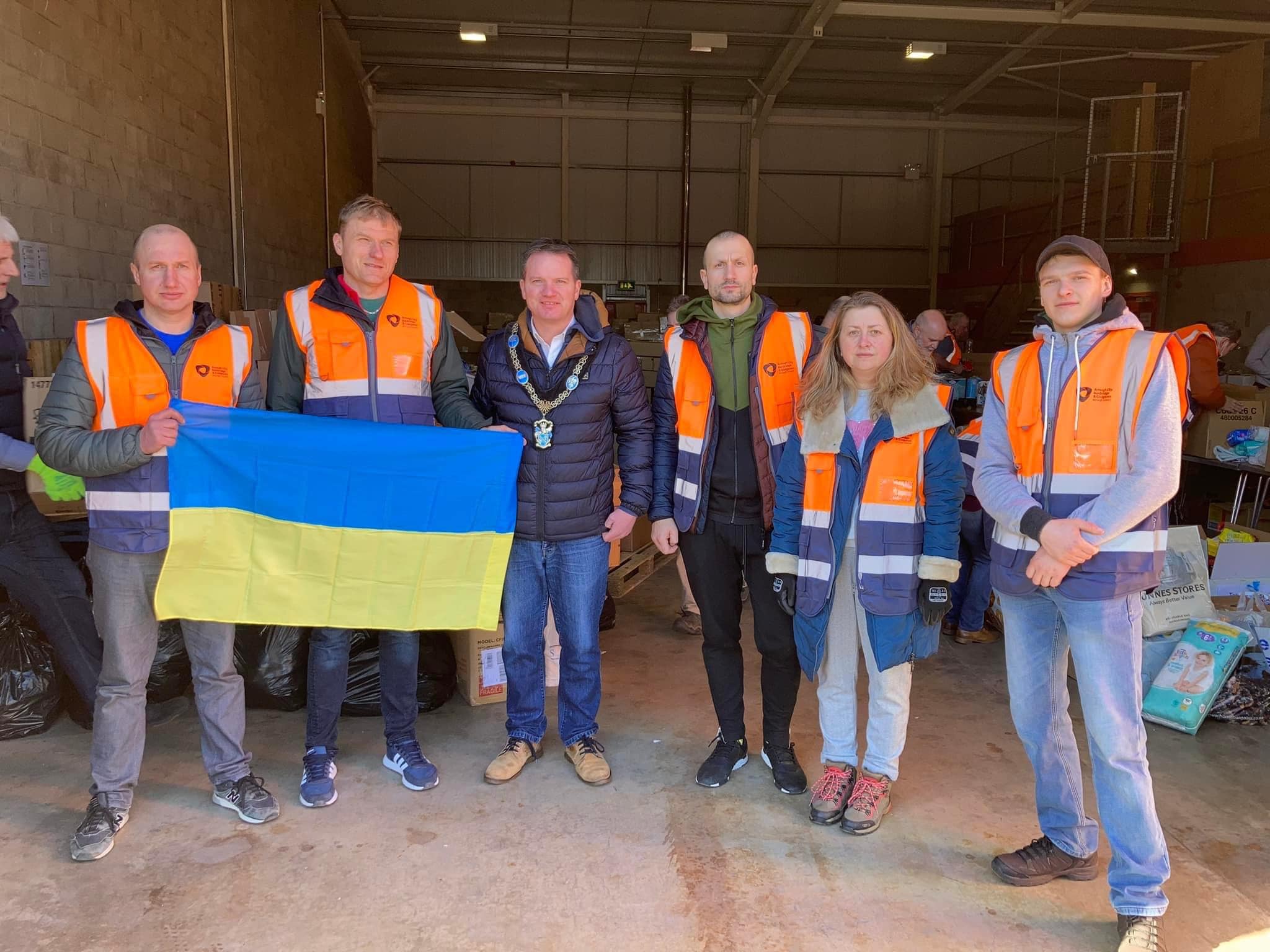 Banbridge and surrounding communities have been lauded for their generosity after seven van-loads of food and essentials for the people of war-torn Ukraine were donated in just two hours.

And Lord Mayor Glenn Barr – who made the appeal for aid – has urged people to ‘keep it coming’!

Indeed, the borough’s first citizen intends to hold a weekly clinic where people can continue to donate to help those affected by Vladimir Putin’s relentless onslaught against the Ukrainian people.

Alderman Barr told how Banbridge Old Town Hall was “over-run by the generosity of the Banbridge people”, as people rallied to answer his call for support.

The Lord Mayor decided to make such an appeal after reaching out to his friend Lynn Metcalf, whose husband is a local Ukrainian, just eight days ago. Said Alderman Barr: “After meeting with Lynn and some from the local Ukrainian community, they expressed the need for the essentials, and the plans of Ukrainians in Northern Ireland to organise transport of these items to where they are needed most.

“Acting swiftly we put out social media adverts of the various drop-off locations in and around Banbridge, including our Town Hall.

“We are completely overwhelmed by the support and generosity shown by the people of Banbridge, Upper Bann and indeed all throughout the ABC Council Borough.

“It has shown the levels of hope and kindness within the local people and how much the scenes of war-torn Ukraine have had an effect on them.

“I cannot thank the people enough for everything donated. In the end, we have filled seven vans with clothes, food, bedding, toiletries and much more.

“I would also like to both thank and commend the various businesses, Orange Halls and community centres that have also aided in collecting for such a touching cause.” Alderman Barr has also appealed for no further clothes to be left at collection sites and has asked for locals to “continue to support our Ukrainian friends”.

He added: “I would urge people to keep an eye on social media for both items required and venues to which they can be delivered.”

Alderman Barr’s drop-in clinic is open from 7pm unil 9pm on Wednesday evenings at the Old Town Hall, Banbridge, where you can drop off items for the Ukrainian appeal.