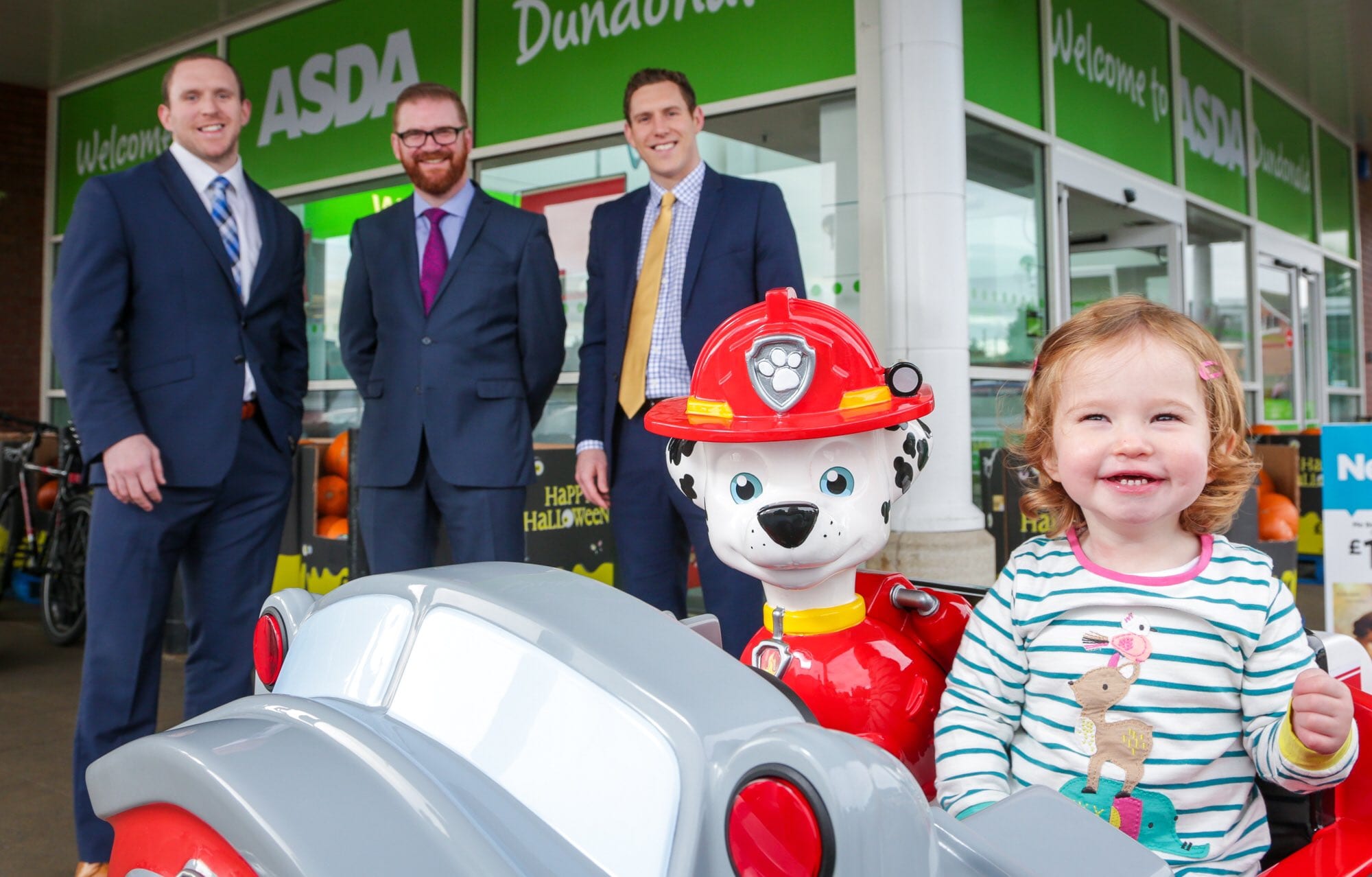 Congratulating the Banbridge company the Minister said: “Clearhill offers one of the largest ranges of children’s rides, toy carts and photo booths in the UK.

“This impressive deal with Asda is the latest contract win for the company this year having already secured over £3million in new business with shopping centre giants Hammerson and ReDefine. This new deal will see Clearhill’s products being installed in over 100 Asda stores, almost one fifth of all Asda supermarkets in the UK.

“Having benefited from employment, marketing, IT and R&D support from Invest Northern Ireland Clearhill have been able to capitalise on new market opportunities and growing sales in Great Britain.

“This has created additional employment opportunities in Banbridge helping benefit the local economy.”

Brian McAreavey, Commercial Director for Clearhill, said: “The Asda contract is the latest in a recent run of big successes for Clearhill and is indicative of the scale on which we are operating right now. We have invested in the recruitment of new members of staff across a range of skilled positions and are always growing and improving.

“With more than 200 customers hosting over 2000 pieces of machinery, Clearhill is the industry’s market-leader on the island of Ireland with 76% market share. The company, which has been operating for almost 25 years also has a 35% share in the UK market which is still growing.

“We will initially be rolling out our latest range of Kiddie Rides to 112 Asda stores with hopes to increase that number in 2017. These rides will include the newest interactive games and licensed brands including Peppa Pig, PAW Patrol and Disney.”