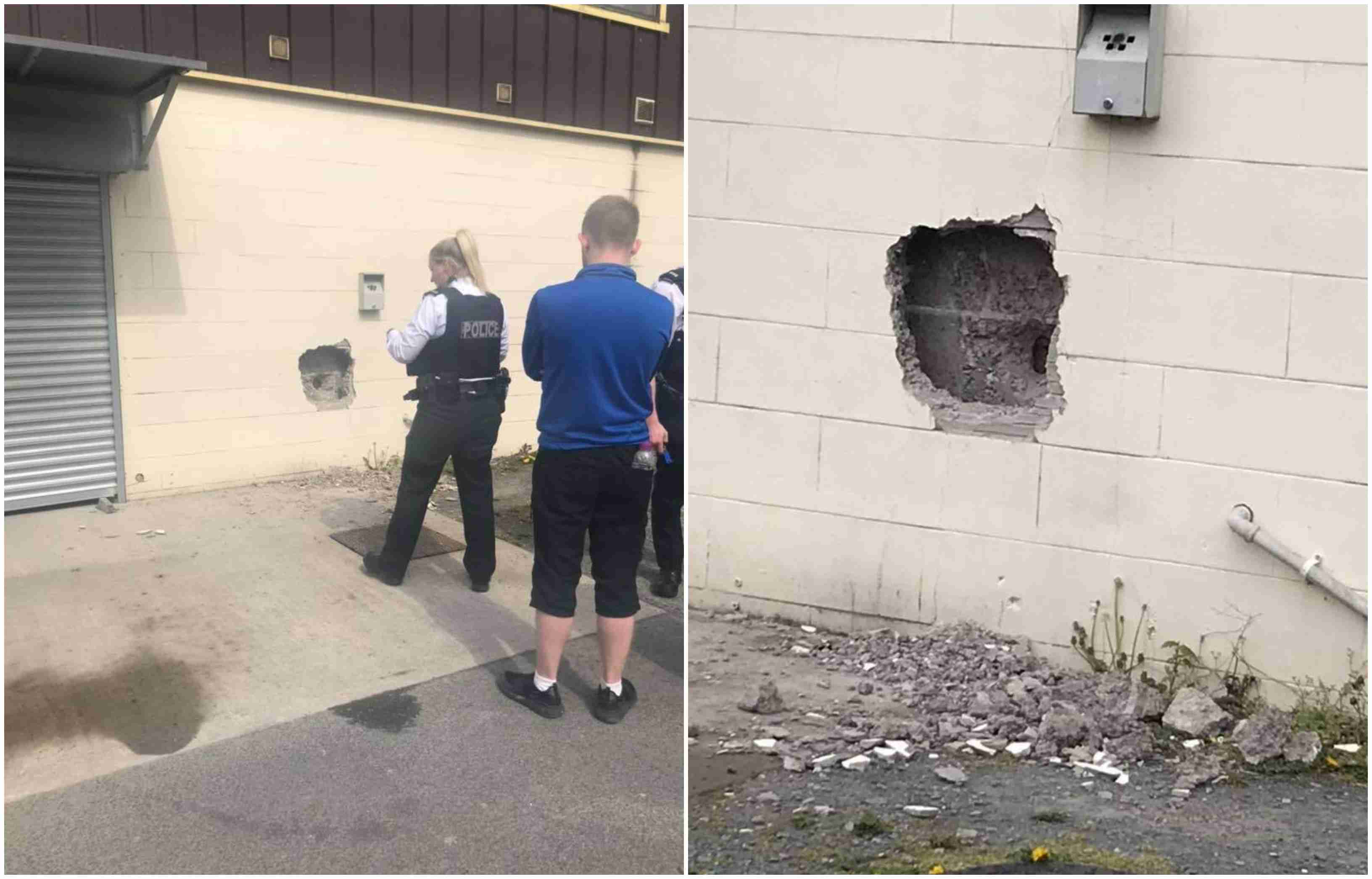 A number of would-be thieves have attempted to break into a trampoline park by smashing through its exterior wall.

Jump Box NI were forced to open their doors later than usual this morning following the discovery of a whole in the side of the building.

It is unclear what was used to make the hole but police are investigating the circumstances.

Posting on social media, Jump Box NI, which is based in Banbridge, said: “Apologies to those who were disappointed by our delayed opening this morning.

“This was due to an attempted break in to the park, as a small business we are disappointed the these type of people walk among the decent people of our community.

“The police have been and taken away CCTV etc so we hope there’s a knock on some doors soon; just because you didn’t park at the door doesn’t mean you weren’t seen.”