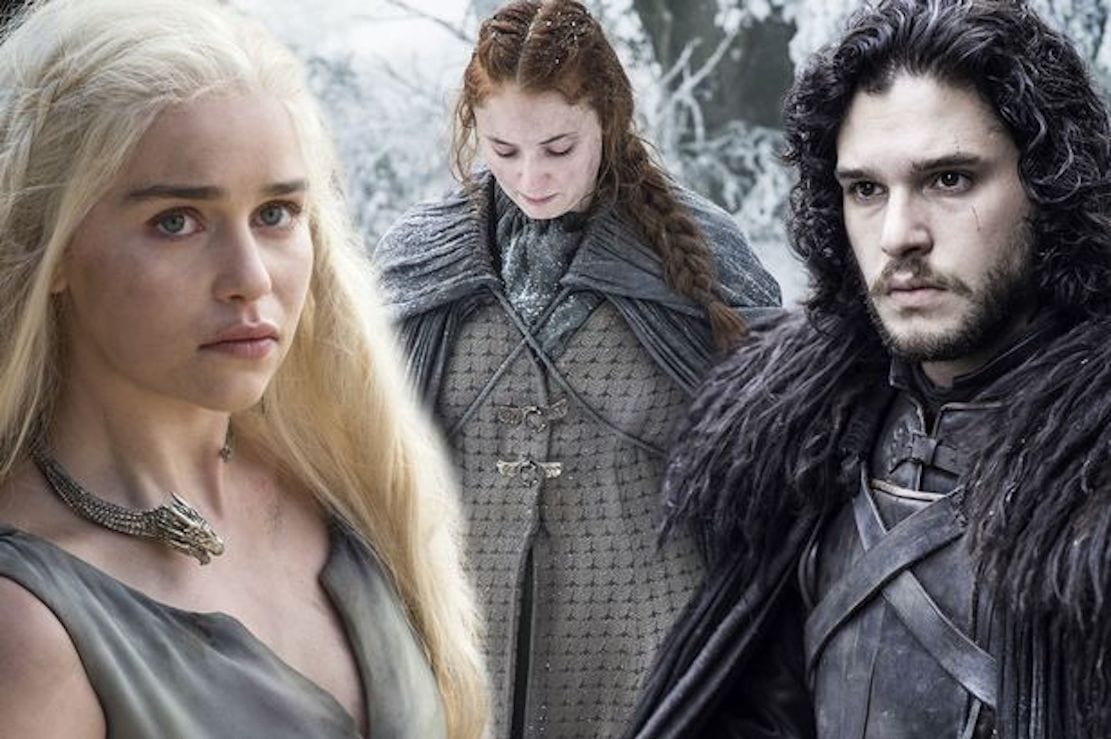 Game of Thrones producer HBO has chosen the Banbridge-based Linen Mill Studios as the location for a formal studio tour – a move expected to create hundreds of jobs and bring in millions of pounds annually for the local economy.

It is part of the company’s Game of Thrones legacy project and the confirmation has been welcomed by Armagh City, Banbridge and Craigavon Borough Council.

Lord Mayor Julie Flaherty described it as “one of the most exciting announcements in the world of entertainment and tourism”.

And she said the council was “beyond ecstatic” that the legacy of the world-famous Game of Thrones will call the Linen Mill Studios at Banbridge its home for the formal studio tour.

Lord Mayor Flaherty said: “The location for this tour was highly coveted, and it’s fantastic news that we will have such a major tourist attraction located in our council area, creating hundreds of new jobs and seeing millions of pounds being invested into our local economy.

“The enormity of this commitment by HBO to Northern Ireland will be transformational not just for Banbridge and our council area but will have a wider impact for Northern Ireland and beyond.

“The Game of Thrones brand is truly world renowned, and this project has the potential to attract hundreds of thousands of tourists to this area each year.

“This is a real game changer for tourism in Northern Ireland, and as a council we look forward to working with all the key stakeholders to ensure this project can be delivered by the 2019 opening date as outlined by HBO.”

Councillor Paul Greenfield, chair of the economic development and regeneration committee, added: “For many years Titanic Belfast and the Causeway Coast have dominated the tourist trail in Northern Ireland.

“This announcement by HBO gives us an opportunity to add a third significant destination to the tourist trail in Northern Ireland, and this will allow us to retain tourists in Northern Ireland for longer periods of time, as well as attract new group of tourists interested in screen tourism.

“This is one of the most significant economic opportunities for growth and investment in this area and specifically for Banbridge.

“It will also embrace education and learning given Linen Mills Studios will be the home for a wide range of subject matter from the series and will offer the opportunity to step behind the scenes to see how this world-renowned show was made.

“The formal studio tour will offer the experience to learn in a distinctive environment, enhanced by state-of-the-art digital content and a highly interactive environment.

“The opportunity to learn about every aspect of the making of the series in an authentic setting will hopefully spur many young people to consider a career in the creative industries.”

Several filming locations will be converted into tourist attractions.

For the first time ever, fans of the Emmy Award-winning series will have the unique opportunity to visit iconic sets from the show and immerse themselves in the world of Westeros.

Building on the success of past Game of Thrones live branded experiences, including the Touring Exhibition and Game of Thrones Live Concert Experience, HBO will open up the production archives and share them with the series’ loyal fans.

In true Game of Thrones fashion, the Game of Thrones Legacy attractions will be on a scale and scope bigger than anything the public has ever seen, offering the first opportunity for the public to set foot inside some of the most iconic locations from the series and behind the camera lens to see how the world’s biggest TV show was made.

Each site will feature not only the breathtaking sets, but will also exhibit displays of costumes, props, weapons, set decorations, art files, models, and other production materials.

The visitor experience will be enhanced by state-of-the-art digital content and interactive materials which will showcase some of the digital wizardry the series is known for.

“HBO is thrilled to celebrate the work of the Game of Thrones creative team and crew by preserving these locations and inviting fans to visit Northern Ireland and explore Westeros in person,” said Jeff Peters, Vice President, Licensing and Retail, HBO.

“We look forward to opening the gates and sharing the excitement of stepping inside these amazing sets with Game of Thrones fans from around the world.

“The opportunity to celebrate Northern Ireland’s pivotal role in the life and legacy of the show and share its culture, beauty and warmth is also a huge inspiration behind these Legacy projects.”

“We couldn’t be more excited about the Game of Thrones Legacy project coming to Northern Ireland. While fans have seen the stunning landscapes, coastlines and mountains in the series, we are thrilled they will now have the opportunity to fully experience the charm of Northern Ireland and immerse themselves in to the world of Westeros.” said John McGrillen, Chief Executive of Tourism NI.

“The Game of Thrones Legacy project will be a game changer for Northern Ireland on a global tourism level. We very much welcome this exciting announcement by HBO and look forward to attracting many more visitors to our beautiful country as a result.”

Given the unique and impressive nature of the production work in Northern Ireland, plans are underway to include the standing sets for iconic locations such as Winterfell, Castle Black, and Kings Landing alongside a formal studio tour of Linen Mill Studios which will showcase a wide array of subject matter from the series spanning all seasons and settings.

A description of the full scope of the Game of Thrones Legacy project will be revealed at a later date after the exploratory process is completed.

A tentative targeted open date is currently set for 2019.

Speaking on the announcement Upper Bann DUP MLA Carla Lockhart said: “Game Of Thrones has given Northern Ireland worldwide exposure for all the right reasons and I want to pay tribute to Invest NI and the Executive for their support of HBO in this venture. We have seen thousands of people come to Northern Ireland because our country has been showcased so brilliantly by the creative teams working on the production.

“I am thrilled that the Linen Mills Studio, Banbridge will become a tourist attraction open to the public. This is great news for fans but also for traders in the Banbridge area as it will undoubtedly bring greater footfall to the town centre and to the Boulevard Shopping Mall nearby.

“We live in a beautiful country and many more people will now get to see that as they explore our tourist attractions along with the Game Of Thrones sets. This is a good news story and we should be rightly proud of Northern Ireland once again being the centre of positive global news.”