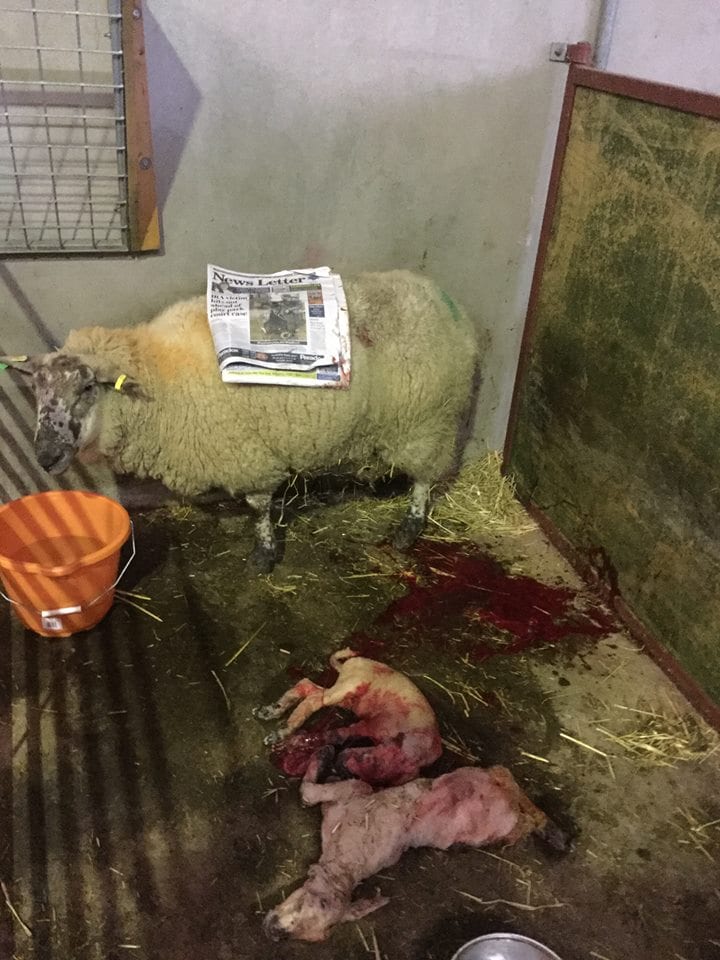 The mutilation of lambs after a hunt allegedly trespassed on a farmer’s land is being investigated.

County Down woman Esther Sloane shared an image of the animals on Facebook and encouraged the public to share.

More than 18,000 have so far shared the graphic image as the outraged County Down woman has sought to highlight the potential aftermath of hunting.

Esther has alleged a stag hunt trespassed on their land last week. She posted: “The pack split and came into our land, they began to hunt our in-lamb ewes. Sadly lethal force had to be used. From early Saturday morning our ewes started to abort their lambs.”

Esther said farmers were under enough pressure and claimed one of the “arrogant hunt members” tried to “talk down” to her husband by pointing out there were no signs displayed which declared ‘No Hunting’.

She continued: “My husband’s reply to him was ‘The dogs were unsupervised’, and that he had never met a dog yet that could read.”

Esther also alleged that an attempt was made to remove the hounds from their property “before they could be identified”, but the Newry Dog Warden “was already here and had their ID chips read”.

She claimed her husband was told by one of the hunt members that they were “just out for a day’s fun”.

After the image was widely shared, Esther reveals she has been overwhelmed and has thanked everyone “for your astonishing support”.

She adds: “Hunting is a barbaric, cruel, needless, selfish, so called sport. My post has really hit a nerve. Sadly though, we are still paying the price for some upstarts having a day’s fun.”