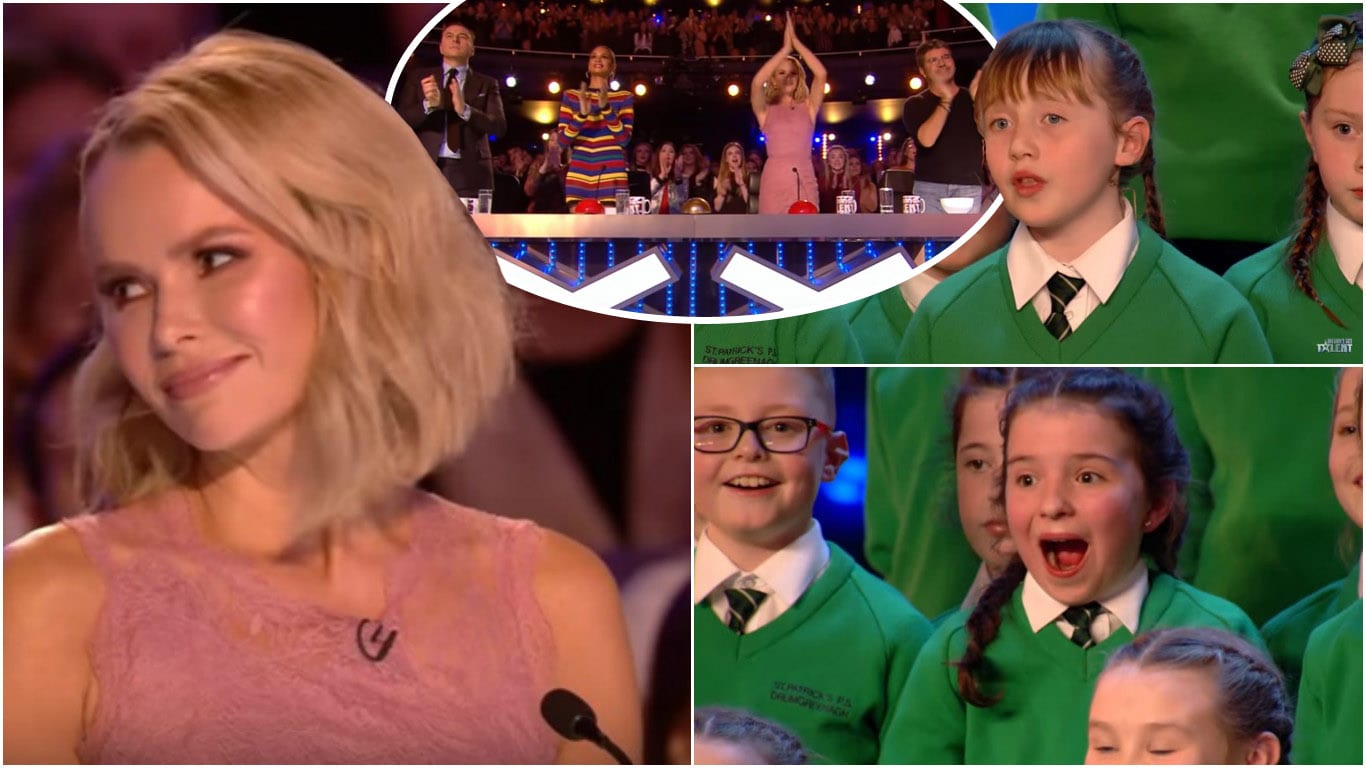 A County Down primary school is celebrating after winning a place in the semi-finals of Britain’s Got Talent.

And tonight the decisions were made after the judges deliberations.

The total of 180 acts was whittled down with 40 to join the golden buzzer acts.

The live semi-final shows get underway on Monday.

St Patrick’s Junior Choir received a rare standing ovation from the audience and four judges during their audition performance on the hit TV show.

The 39 children – aged between eight and 12 – performed Lily Allen’s cover of Keane’s Somewhere Only We Know.