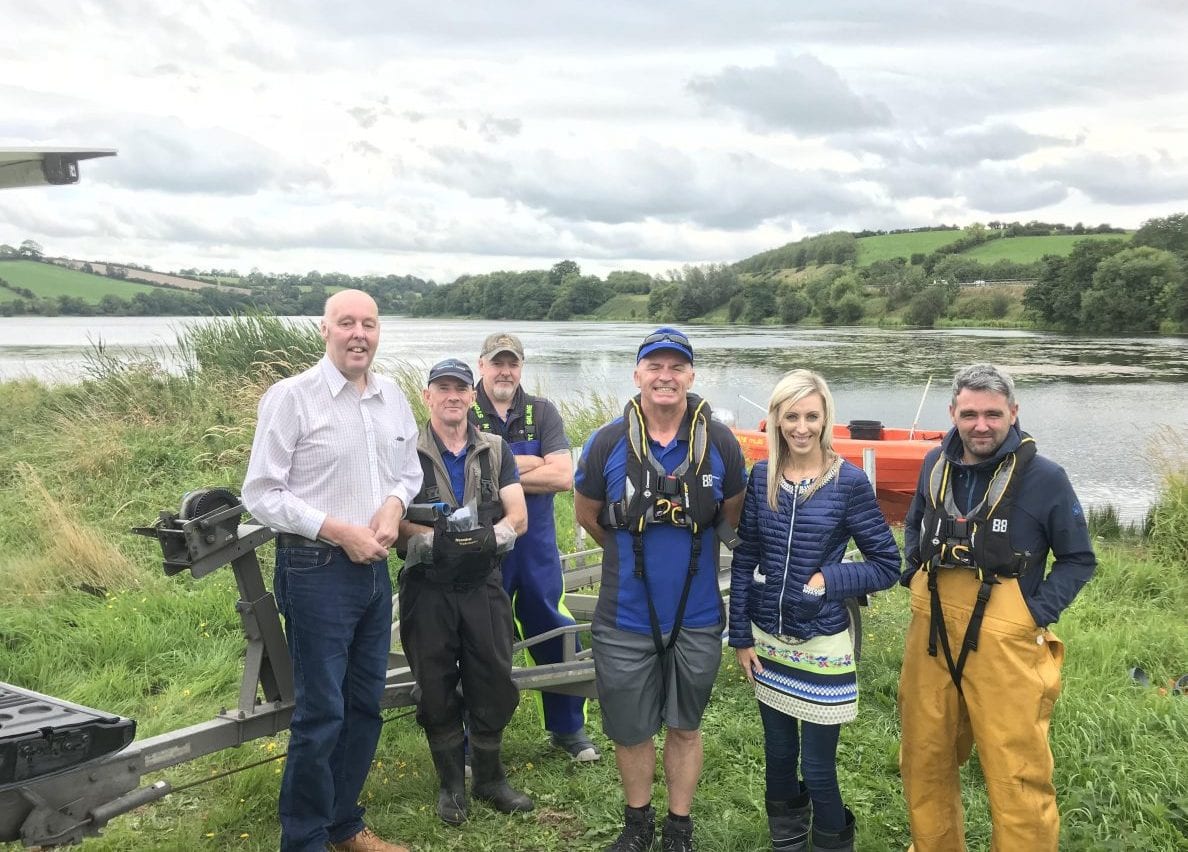 The death of at least 200 fish in a small lake in Loughbrickland has seen the Department of Agriculture refuse to re-stock until the problem has been addressed.

They also probed how the Department will seek to address the matter and ensure that there is no further fish kills.

MLA Lockhart had been speaking with the Department during the week about the situation and was delighted when they showed pro-activeness over the weekend in taking out the dead fish and endeavouring this week to cut back the aquatic weeds.

Speaking following the visit and boat trip with Peter Lynch the senior official Ms Lockhart said: “The warm weather has caused problems with our waterways and the levels of oxygen available within the lake.

“It has caused on this occasion the death of approximately 200 fish.

“This is devastating but I have to praise Peter and his team for the very efficient job they have carried out in taking away the dead fish and addressing the problem.

“Loughbrickland Lake is a relatively shallow lake and there has been problems previously however, the Department ceased stocking the lake in June knowing there was a oxygen problems and have been monitoring it regularly.

“They have a machine coming this week to deal with more of the aquatic weeds which are contributing to the problems.

“I found the trip and discussions very informative and will be continuing to familiarise myself with the situation in the coming weeks.”