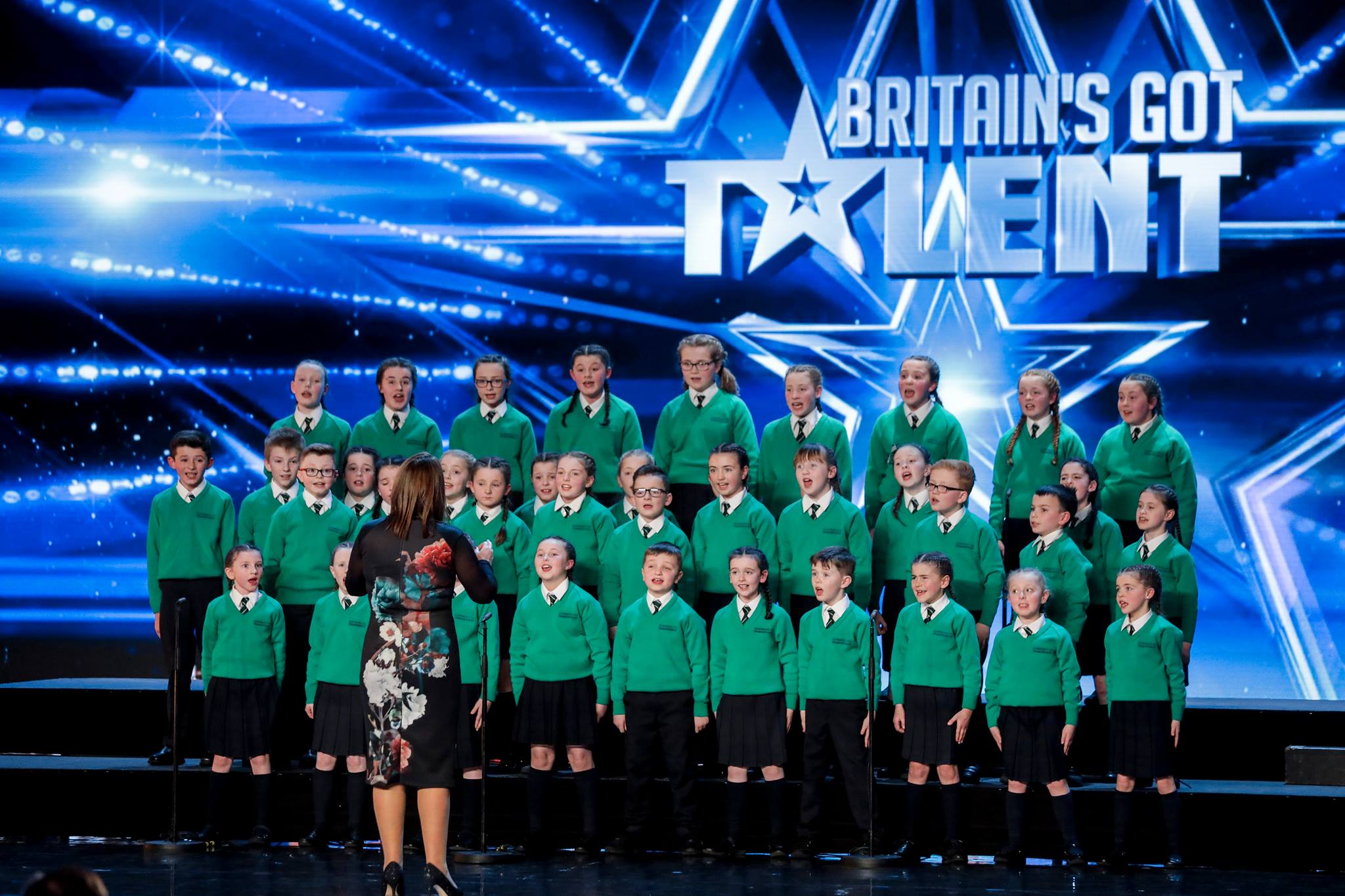 A Co Down primary school choir came close but sadly not close enough to making it through to the finals of this year’s Britain’s Got Talent.

The eventual winner of tonight’s heat, with most votes cast, was DNA, with singer Kyle Tomlinson first to stake his place as show runner-up.

St Patrick’s Junior Choir and Mis Treat Vibe waited anxiously at the last to see which was the third of the top three acts but it was the all girl group’s name which was read out by hosts Ant and Dec.

But they too saw the end of the road for tonight anyway with Kyle and DNA the first two acts into the final.

One unsuccessful act in the semi-final heats will still win a place in the live finals at the weekend, and that will be down to the judges and who they decide to award a wild card too.

It has been a great journey for the youngsters and an unforgettable experience for them, as they were first up tonight.

It was a great way to start the show, to watch the excited young faces of 39 children from a school of just 76 pupils, smiling proudly and enunciating every word.

And what a song choice it was!

And Roar the audience did – a standing ovation and the four judges applauded as they prepared to heap praise on a superb opening act to the 11th season of the prime time talent show.

As with any live show there’s always the potential for a few mishaps along the way, but that fell to the sound department, as a technical glitch led to the choir having to be halted initially.

But it did not put them off or distract or deter these young singers, who exuded professionalism and commanded the stage better than most far beyond their years.

“I thought it was fantastic,” beamed David Walliams, much to the delight of the classmates, their conductor, the audience and multitude of fans back home.

Alesha Dixon told them: “I looked at every single one of your faces and you looked like you were having the time of your lives!”

Amanda Holden said the children had “represented your school beautifully and Ireland”.

And, in a direct reference to the terror attack in Manchester a week ago, she added: “After all the trauma we have been through over the past week you have been a breath of fresh air.”

Simon Cowell – regarded as the most difficult to please – was blown away too.

He said he loved the way their personalities shone through and expressed exactly what we were all thinking: “You sounded amazing!”

For the first time ever, it was up to the voting public to decide who would go through to the live final, with the chance to win £250,000 and a slot on the Royal Variety Performance up for grabs.

And Simon Cowell had a word of advice on that score: “Think with your hearts and do what we would do.”

Special guest Alfie Boe had named the school choir as one of his two favourites for the evening and he would know!

So a huge well done to all the boys and girls and Mrs McCaughey – we think you are all stars!

Let’s just keep our fingers crossed for that wild card…