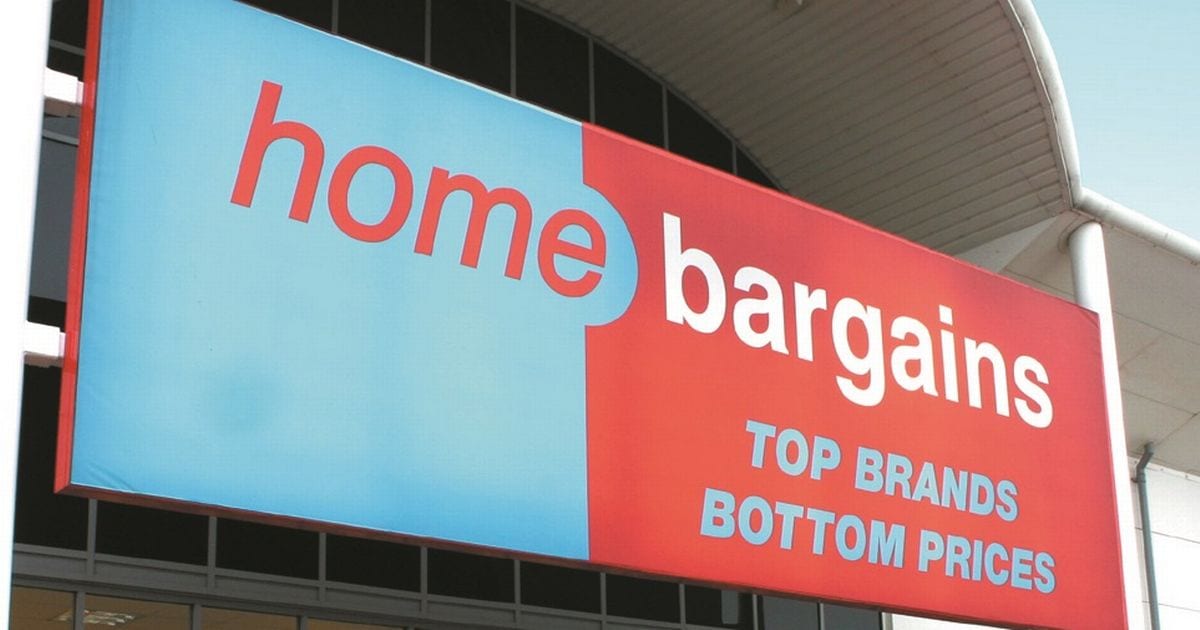 Budget retailer Home Bargains is to be given the green light to open a massive new store in Banbridge – which could bring 75 new jobs to the town, Armagh I can reveal.

Armagh City, Banbridge and Craigavon Borough Council will tomorrow (Wednesday) receive a recommendation to approve the development by changing planning conditions in force at the proposed site.

The retailer plans to convert two units at the Bridgewater Park to accommodate its needs.

This requires altering of a number of rules laid down for the site – including the type of goods permitted to be sold.

But a planning official will recommend to council that the development should proceed, as it would allow Banbridge to compete on a better footing in terms of retail offering with neighbouring centres such as Lisburn, Craigavon and Newry.

The move will also be a major coup to the retailer as it continues expansion plans across the country.

It had been suggested that Home Bargains might be interested in acquiring a site in Armagh, with speculation mounting that it may have an eye on the vacant Tesco development at Alexander Road.

When contacted by Armagh I, the retailer has yet to deny or issue any response to the suggestion.

For now Home Bargains will be focussing on plans for Banbridge and will be hopeful that councillors will look favourably.

Planning official Liam McCrum, in his report to council, points to studies carried out to possible other locations within the towns which have proved unsuitable for the 2,000 sq metre store.

Other local towns and villages in the vicinity of Banbridge – including Tandragee, Dromore and Waringstown – were also looked at as possibilities but ruled out.

The most ideal location was that proposed, on lands to the east of the Tesco superstore and north east of The Outlet retail park on Cascum Road, easily accessible from the A1 dual carriageway.

Officers considered that, whilst the proposal did not comply with the development plan, there were “overriding reasons for granting planning permission for this proposal”.

The report to council states: “The agent has carried out a sequential test to demonstrate that there are no alternative sites to accommodate the proposal within Banbridge primary retail core, town centres or edge of centre locations within the catchment.

“The agent has also submitted a Retail Impact Assessment that demonstrates that the proposal will not have an adverse impact on the vitality and viability of existing town centres within the catchment and submitted information to demonstrate a need for the proposal.

Conditions have been laid down in relation to eight other retail warehouse units – still to be constructed – on the site that they will not be used for selling food or other convenience goods. This is to control the “nature, range and scale of the retail activities to be carried out at this location in order to protect the vitality and viability of town centres and other centres within the catchment”.

Consultation has been carried out and neither Transport NI nor environmental health have voiced any real objections, subject to conditions which will go hand in hand with the approval.

The application site is located adjacent and east of the Tesco superstore at Bridgewater Park, Banbridge.

Home Bargains would combine the two units which have been built into one.

The building subject of the planning application has been approved for retail warehousing and built as part of the planning agreement for the adjacent Tesco superstore which sells convenience and comparison goods.

The Planning Minister approved the adjacent superstore giving determining weight to the economic benefits of the proposal.

It states that a sequential test should be applied to planning applications for main town centre uses that are not in an existing centre and are not in accordance with an up to date Local Development Plan. Where it is established that an alternative sequentially preferable site or sites exist within a proposals whole catchment an application which proposes development on a less sequentially preferred site should be refused.

Home Bargains’ agent states that the proposal required around 1.25 hectares on level ground in a prominent retail location with easy access and have a medium to high footfall, be away from other Home Bargains locations and have a large rear service yard with capability of accommodating heavy goods vehicles.

Other sites were looked at within the primary retail core and deemed unavailable or unsuitable and the agent was also unable to identify any alternative edge of centre sites.

Other areas looked at were Dromore, again unsuitable, while Loughbrickland, Scarva, Lawrencetown and Katesbridge – all in the catchment area – did not have the land available for a proposal of this scale.

Others areas – including Tandragee, Bleary, Donaghcloney, Waringstown, Mayobridge and Windsor Hill – were excluded as there are already Home Bargains stores in Craigavon, Portadown and Newry which would be closer than the current proposal and which shoppers were more likely to visit.

Officers are of the view that the proposal will “not have any detrimental impact on comparison goods traders in the town centre”.

In addition, the proposed site of the new Home Bargains store is located in an area zoned for ‘mixed use’. Currently within this zoning is the Factory Outlet Centre which, council has been told “is under performing and, as outlined in the additional information submitted with this application, a Tesco superstore which is also under performing”.

Council has been told that, despite being actively marketed since September 2013, unfortunately the scheme is “tainted by issues associated with trading levels in the adjacent Outlet” meaning “demand levels are low with the only party attracted being Home Bargains”.

Indeed, Home Bargains has been offered an incentive – a “rent significantly below” what would be seen as appropriate for a scheme of this nature, with the hope that its opening would act as a catalyst for additional occupiers to look at the remainder of the scheme in future.

It is expected that the proposal will create in the region of 75 new retail jobs of medium to long term employment.

In presenting a recommendation to allow the development, the planning official, in his report, states: “Banbridge competes in its shopping provision with Newry, Lisburn/Sprucefield and Craigavon and one element of ensuring it achieves growth is the success of Bridgewater Park.

“The agent advises that the store will benefit Banbridge for a number of reasons including that it will be the largest discount retailer in the town, it will remove a long term vacancy reusing an already constructed building, will provide a mixed retail offer of convenience and comparison goods will help sustain jobs at the Outlet and act as a step in delivering Bridgewater Park as a successful retail development.