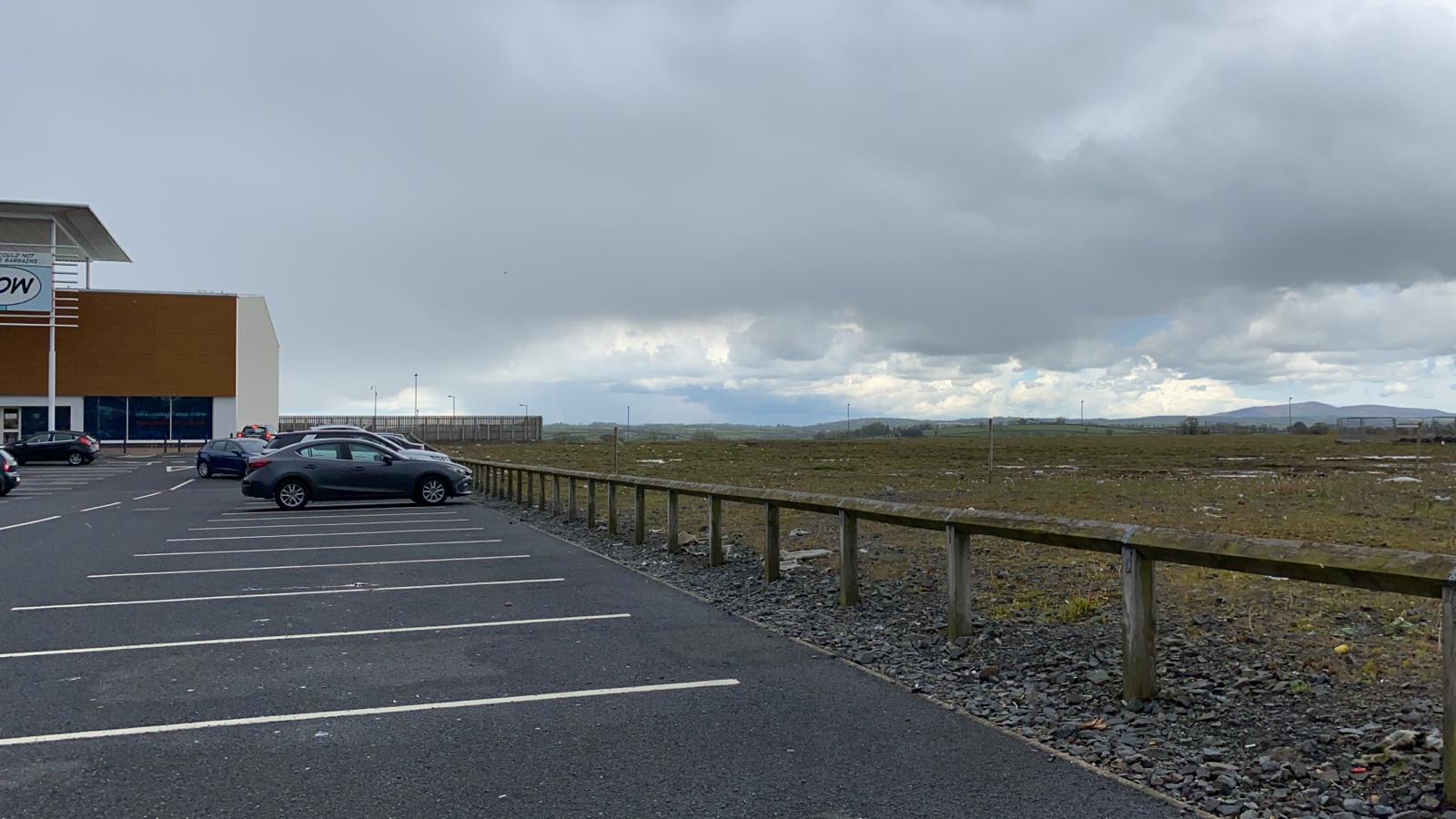 Armagh City, Banbridge and Craigavon Borough Council’s planning committee has approved a planning application that will see a Marks and Spencer food hall open in Banbridge.

The application was brought forward by agent Inaltus Ltd on behalf of applicant Gortalowry Developments Ltd and will see two retails units constructed at vacant land at the Boulevard Retail Park.

To the south east of the site work, has already begun on the development of a park and ride facility for the Game of Thrones tourist attraction on the Castlewellan Road.

This proposal will amalgamate unit five and six to provide one new retail unit that will be occupied by Marks and Spencer.

The applicant, Gortalowry Developments Ltd, is seeking to develop unit four into a bulky retail warehouse of 1,000sqm with an additional 160sqm mezzanine floor.

At present the occupier of this unit is unknown.

M&S has already entered into a contractual agreement with the developer to occupy unit five which will be a store of 1,858 sqm gross floor space. A total of 1,140sqm of this space will be dedicated to retail floorspace.

Having assessed the application, council’s planning officers are content the application should be approved despite the proposal representing a departure from the Banbridge, Newry and Mourne Area Plan 2015.

The planning report notes the retail warehouse unit is in conformity with the key site requirements but the Marks and Spencer proposal is not.

However, officers are of the view the proposal does not significantly prejudice the implementation of the local development plan’s objectives and policies and can therefore be approved.

It is understood the development will create 70 construction jobs while the Marks and Spencer food hall is expected to create a further 70 jobs.

Reflecting on the proposal, Councillor Sam Nicholson praised the planning officer’s detailed report and said everything “seems to be well considered and covered”.

However, he asked for further information in relation to the impact on the park and ride facility.

The planning officer explained the area for the park and ride facility has been marked out on the site and said this application will take up the rest of the car parking available at this site.

Councillor Tim McClelland asked if the Department for Infrastructure had been asked for its opinion on both this development and the tourist attraction’s park and ride facility using the site.

“As the competent authority, are they happy about the ability to get vehicles and people in and out of that overall site,” asked Councillor McClelland.

The planning officer confirmed that with the park and ride facility already approved it was taken into consideration in the overall assessment of this application.

Councillor Nicholson proposed the recommendation to approve the development and the proposal was seconded by Councillor McClelland.

Councillor Ciaran Toman said he was happy to support the proposal as all his concerns had been addressed.

“I do not want any adverse impact on the park and ride facility,” said Councillor Toman.

“This Game of Thrones tourist attraction has the potential to attract a lot of income for the town.

“I am delighted that both of these developments will be able to accommodate each other.”