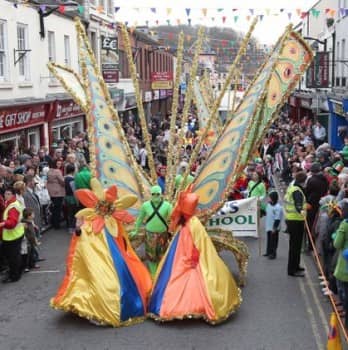 Armagh’s St Patrick’s Day Festival will go ahead next year, ending months of speculation about the future of the signature city event.

But it will be a ‘scaled down’ version of what had been planned, although all of the main elements have been protected.

The event had been in jeopardy following the withdrawal of significant funding that was expected in 2015 from the NI Tourist Board.

At a meeting tonight, Tuesday, Armagh City and District have given the go ahead for this year’s festival.

Welcoming the decision, local Councillors Seaneen White and Garath Keating, who advocated proposals to proceed with the key elements of the festival in line with previous years, said: “This is a key event which brings the city to life over the St Patrick’s weekend and draws thousands upon thousands of people into the city centre for family fun and activities.

“It is a key event in the council’s event schedule and gives the local economy a great and much needed boost.

“We have been prudent in the allocation of finances, given the currently difficult economic climate, and have scaled back some of the events that had been planned to extend the event, but have nonetheless allocated sufficient funds to ensure that the key elements – including the parade, concert and busking competitions – will again feature centrally.

“We are delighted that common sense has prevailed and that the festival will now proceed.”