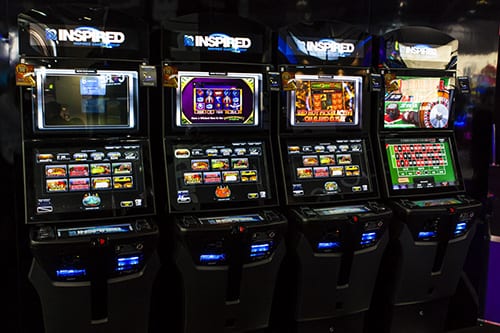 Armagh punters risked a whopping £22 million in a single year on betting machines dubbed the “crack cocaine” of gambling.

However that figure was dwarfed by punters in the Upper Bann area who gambled a staggering £43,890,930 over the same period.

In total, more than half a billion pound was spent on fixed odds betting terminals (FOBT) across Northern Ireland.

It has prompted calls for the Government to step in and impose limits on the amount people can gamble.

The Campaign for Fairer Gambling wants the stake reduced from £100-a-spin to just £2.

The Belfast Telegraph reports that there are an estimated 907 machines installed in 312 shops across the country.

“At the beginning it wasn’t a problem, so I didn’t try to hide it,” he says.

“As a compulsive gambler, it’s all or nothing. If I had a good win, I wouldn’t treat myself to a new shirt or a holiday. Instead, I would say, ‘now I have serious money to gamble with’. I once won a vast amount of money. The lady at the counter told me to smile, because it was more than she would ever earn in her own lifetime. But I couldn’t smile, because I knew that money was going to go back to her, or a bookie like her. I’m certain it was gone by the next day.”

If you have questions or concerns about your own gambling or about that of a friend or family member, a good place to start is the National Gambling Helpline on Freephone 0808 8020 133 or visit GamCare