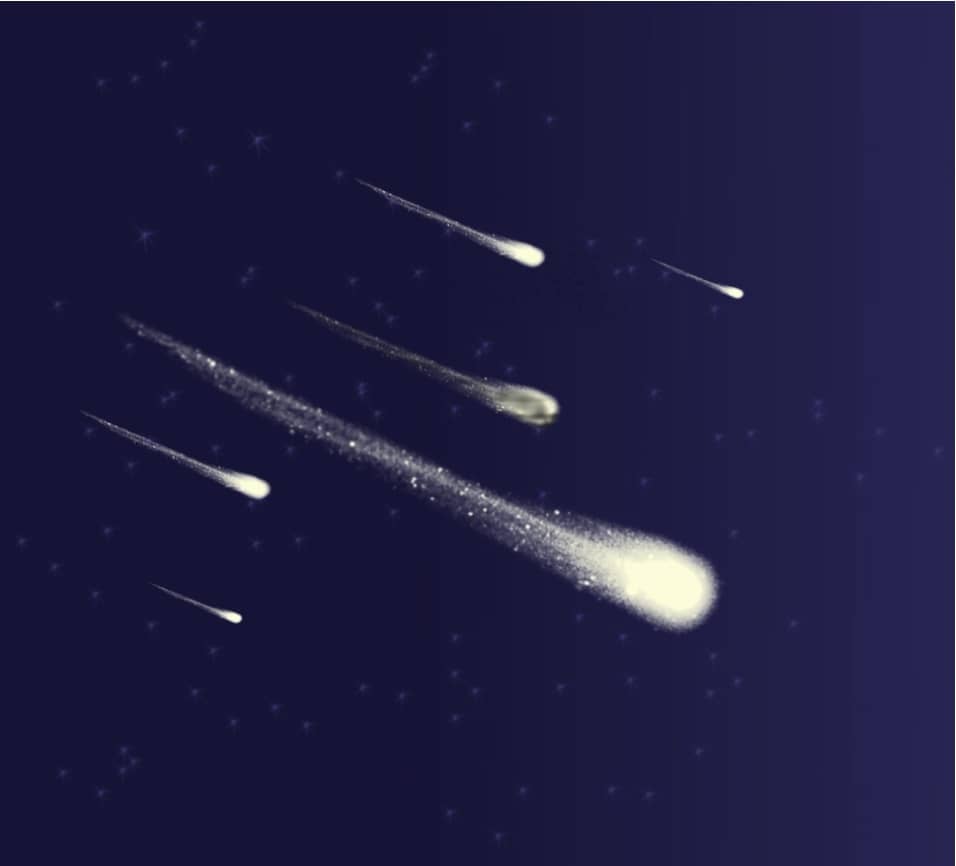 It’s the most fantastic light show of them all and will be visible over our night skies from this weekend!

A 10-day pre-Christmas feast of shooting stars – the Geminid meteor shower – will be something to behold.

According to Armagh Observatory, this is the last, and one of the best, major meteor showers of the year.

The meteors, or ‘shooting stars’, can be seen at any time from late evening onwards from tomorrow (Sunday), December 7, right through until Wednesday, December 17.

And the peak – or ‘broad maximum’ – of activity will come overnight next weekend, Saturday and Sunday, December 13/14.

A spokesperson for the Armagh Observatory explained: “The Geminid shower usually includes a number of bright meteors, or fireballs, and because they are also relatively slow-moving compared to those from many other meteor showers, they are easily observed.

“For those who have never seen a meteor, provided the sky is clear, the Geminids provide a perfect opportunity.

“Shower meteors appear to come from a point in the sky known as the radiant. In the case of the Geminids, this is roughly the same direction as the two bright stars Castor and Pollux, the so-called ‘twins’ of the constellation Gemini.

“In mid-December, the Geminid radiant rises around 7pm, and by 10pm it has reached a moderately high altitude in the east.

“Around this time, the star Castor and his distinctly orange ‘twin’ Pollux can be seen standing one above the other towards the east, along with the familiar winter constellation Orion, lying at about the same altitude towards the south-east, that is, slightly to the right of Gemini.”

The number of meteors that may potentially be observed during the maximum of the shower next Saturday night – and from a clear, dark site with no light pollution and little moonlight – can range up to as many as 100 or more per hour!

But the spokesperson added: “Most observers will see fewer than this, perhaps around 30 per hour from a moderately clear site with no light pollution and shaded from moonlight.

“These Geminid meteors are produced by the collision of small particles, debris from the unusual near-Earth asteroid (3200) Phaethon, with the Earth’s upper atmosphere.

“The asteroid is approximately 5 kilometres across, and orbits the Sun once every 1.43 years. It is currently more than 100 million kilometres from Earth.

“The small rocky particles, or meteoroids, from the asteroid move in roughly the same elliptical orbit as their parent body, and are spread nearly evenly around the whole orbit.

“They collide with our planet at speeds of around 35 kilometres per second  – approximately 80,000 miles per hour.

“This is a relatively slow velocity compared to that of many other shower meteors, but is nevertheless high enough to cause the meteoroids to burn up in the Earth’s atmosphere in the region known as the mesosphere, at a height of around 80 kilometres  or 50 miles.

“It is the burning up of the meteoroid that produces the observed fast-moving streak of light called a meteor.”

To observe meteors, the main rules are always the same!

* Find a place as far as possible from any light pollution or the interfering light of the Moon.

* Wrap up well against the freezing cold and make yourself comfortable.

* Allow plenty of time for your eyes to become adapted to the dark.

* And look at a convenient angle – perhaps 45 or 90 degrees away from the radiant – ready to catch the meteors when they appear.