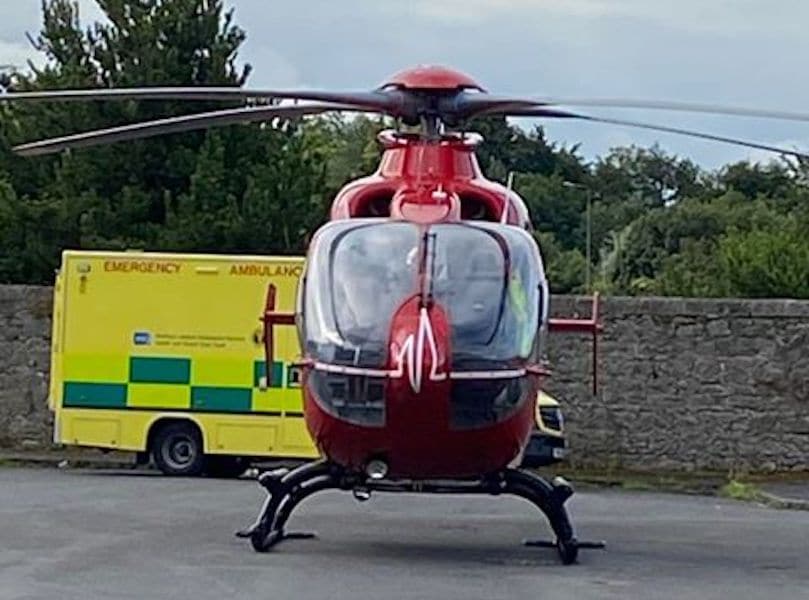 A woman is in critical condition in hospital after being found unconscious in Armagh earlier this morning (Monday).

The Air Ambulance was despatched to the Culdee area of the city around 8.30am.

However, the woman was rushed to Craigavon Area Hospital by a ground crew, having initially been treated by paramedics at the scene.

The Southern Health Trust said the woman is currently in a critical condition at Craigavon Area Hospital.

Newry and Armagh Alliance representative Jackie Coade, who attended the scene this morning, said: “First and foremost my thoughts are with the injured woman at this awful time.

“I must also commend the work of the paramedics who worked diligently in difficult circumstances – as well as the Air Ambulance crew who managed to get to the scene and land in such a tight area.

“Residents, as well as a number of Council workers, were extremely supportive in dealing with the situation.”

One man who witnessed emergency response told Armagh I: “Fair play to all those who helped the woman as it didn’t look good.

“I’m not entirely sure what had happened but it looked like she had a fall.  I just hope she’s alright – I’m praying she makes a full recovery.”