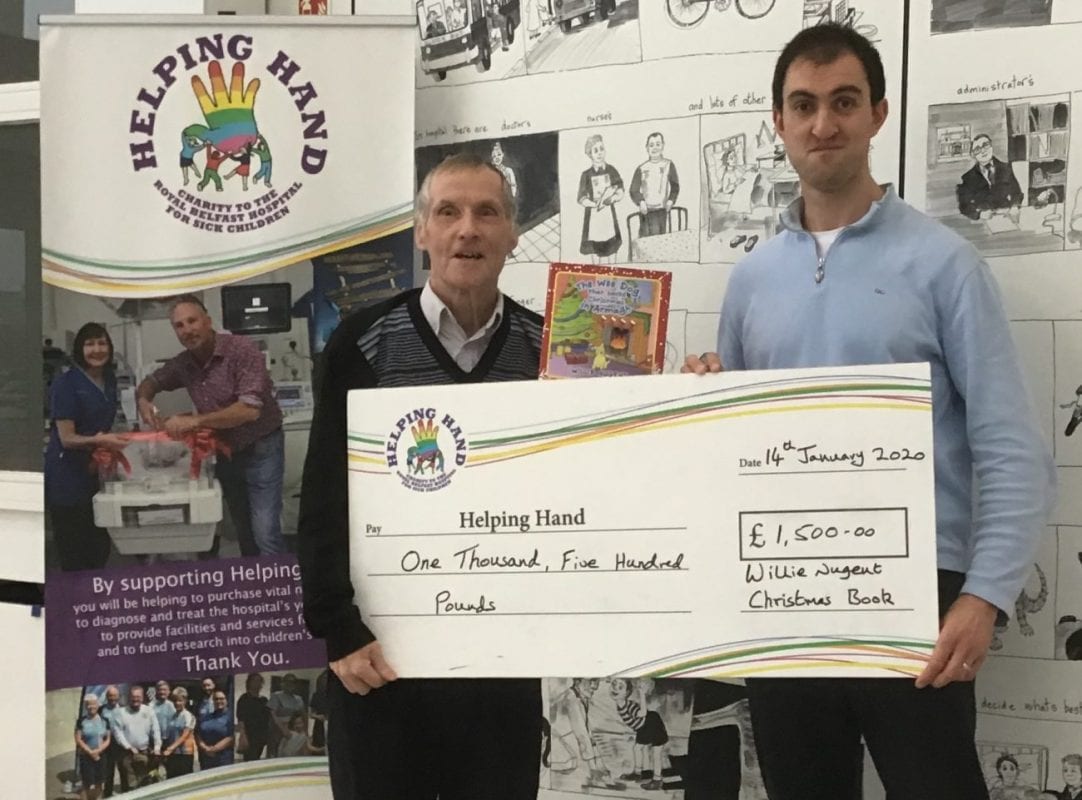 Armagh’s champion fundraiser Willie Nugent had a happy New Year start after handing over the proceeds of his Christmas book.

An amazing £3,000 was raised which has been divided between two very worthy causes.

Willie wrote and produced his book ‘The Wee Dog That Saved Christmas in Armagh’ and it went on sale at shops and businesses around the city.

At £5 a pop, he promised that all proceeds would go to the two chosen charities. 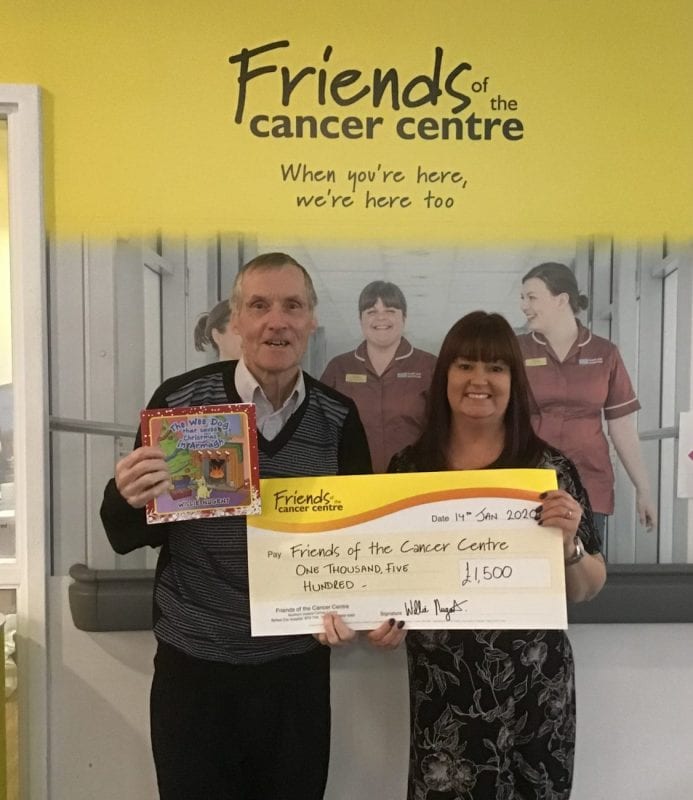 And Willie was thrilled to travel and hand over a cheque for £1,500 each to Richard Franklyn, fundraising officer at the Royal Belfast Hospital for Sick Children, and Claire Hogarth, fundraising manager of The Friends of the Cancer at Belfast City Hospital.

He told Armagh I : “It all began as a wee story about a wee dog that l hoped would raise a wee amount of money for charity.

Willie would like to thank everyone who bought his book, as well as Armagh Blooms, Pet World, Trimprint, Macari’s Newsagents, Raffles, Mulberry Bistro, and Curran’s Spar Shop for selling it.

He is also indebted to Trimprint for doing an excellent printing job and Nugent and Gibney, at Loughgall Road, for sponsoring the book, which meant every penny raised went to the two mentioned charities.

Finally, Willie wants to say a big thank-you to his wee dog Maisie as he adds: “Without her the book would never have happened!”

A huge well done Willie from all of us at Armagh I !