Willie thrilled as public snap up his CDs and he still makes charity donation despite them being free!

All 500 CDs are now gone and many insisted on making donations for them directly to Willie when he was out walking his dog! 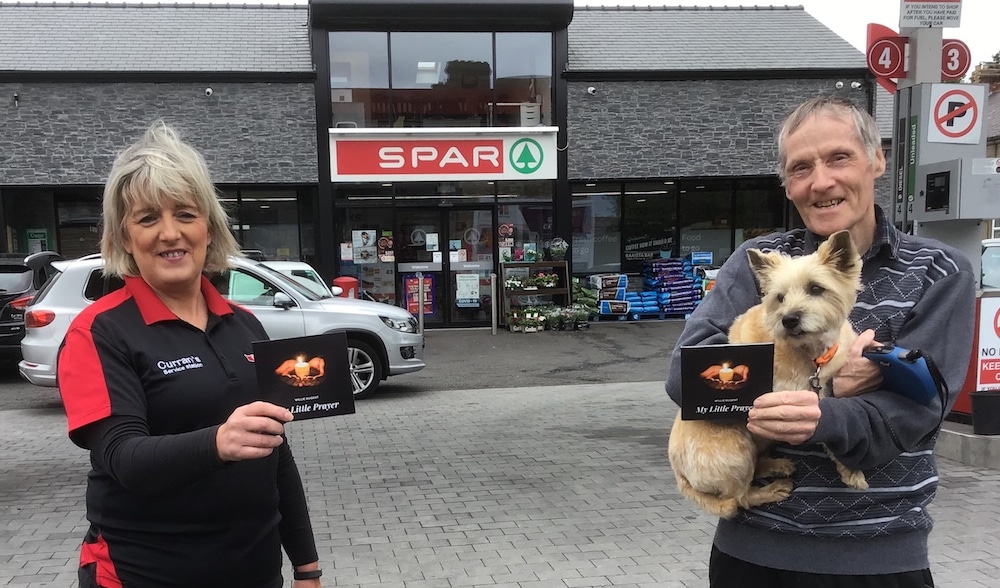 The good folk of Armagh never fail to amaze.

A free CD offered by Armagh’s champion fundraiser Willie Nugent has been snapped up in record time.

But despite the word ‘free’, many would not let it go at that and just wanted to make a donation.

So much so that Willie has been able to do what he loves doing – making a donation to a charitable cause.

The CD – My Little Prayer – had been available at Currans Spar in Armagh.

Recorded by Dublin singer Larry Hogan, people were keen to get their hands on them and they flew off the shelves after Armagh I reported on it.

Willie told us: “All 500 of my CDs are now gone and although l said from the outset they were free, when l was out walking with my dog Maisie l met people who asked me to take a donation and give it to a charity of my choice.

“When I explained to them they were free they would not take no for an answer.

“When I added up all the donations they came to £120 which l have passed on to The Friends of the Cancer Centre Belfast City Hospital.”

A brilliant result – well done Willie and well done all!