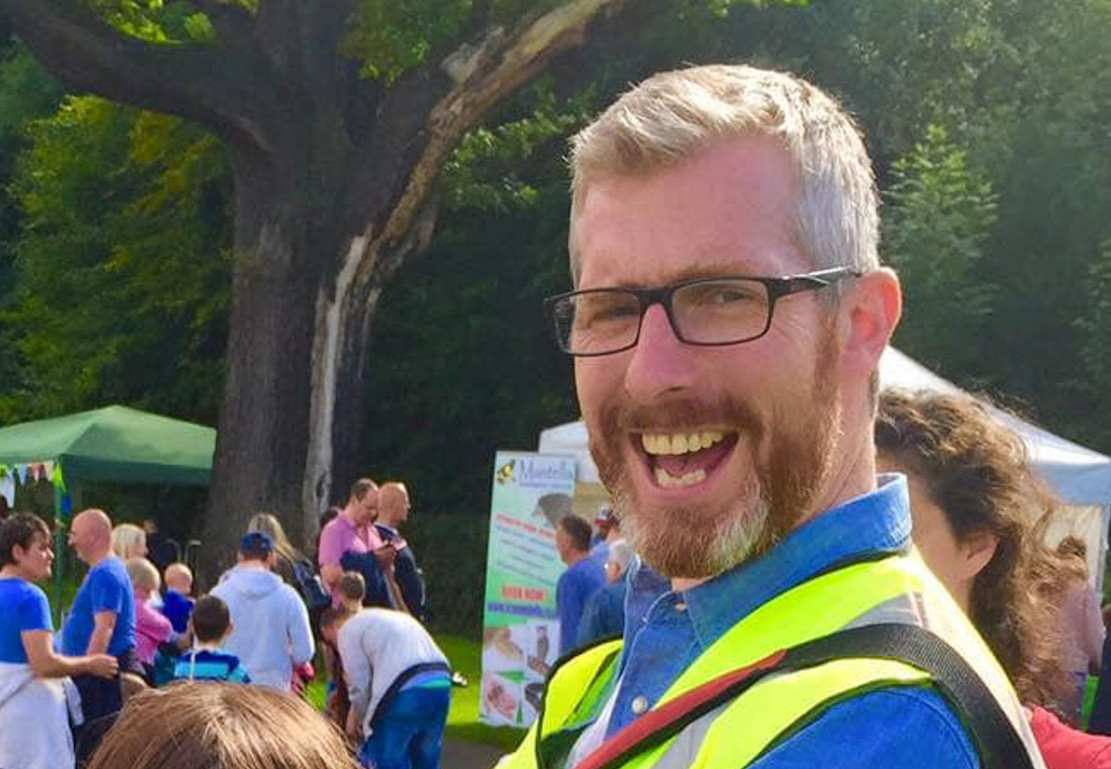 A former Armagh man who became a leading light in Northern Ireland’s arts and film scene has passed away after a brave battle with cancer.

Matt Curry, who came originally from the Cathedral Road area of the city, died at the Marie Curie Hospice in Belfast.

Matt only recently revealed that he had been diagnosed with cancer and had told friends to send him positive thoughts.

Writing in July on Facebook he shared his shock diagnosis in a moving message to all.

He posted: “OK so this is a tricky one to drop, I need to share some news with you good people now which may come as a slight shock. I have cancer. There I said it.

“Long story short, felt a bit ill in May, went to doctor, was sent for tests and got full diagnosis confirmed in June/July, crap but it is what it is. I started chemo and radiotherapy treatment last week and that first round will bring us up to end of August. Then we’ll take it from there.

“I am sharing because I want to remove the fear and anxiety associated with that word and this journey for me and for everyone else. There is no room for fear now, it’s an all out war with only one victor, ME.

“I am so lucky to be surrounded by so much love. If you are thinking what can I do, how can I help, all I ask at the minute is that you genuinely be kind to each other first because life is far too short, help each other, understand the little stuff and forgive the big stuff where possible and if you have a minute every now and then, pause, hold space and think of a beam of light coming my way, I like red, seriously, visualise it, I’ll get it, I promise, or do whatever feels right to you, light a candle, take a picture, say a prayer, sing a song, take a walk, have a pint, spark up, whatever, it’s all good. And know that the party will be big when the war is won.

“There will be no weeping and gnashing of teeth but there will be updates here because I know you lot care in abundance and need to know the craic, and this cursed platform is at least a good space to stay in contact. I am still working where possible and I also know if I need anything just to ask so thank you, thank you.

His wife, Emma Jordan, who is the artistic director of Prime Cut Productions, led tributes to her soul-mate.

Matt was widely known and respected in media circles and had his own company, Blue Bird Media.

A former pupil of St Patrick’s Grammar School in Armagh, the 47-year-old had enjoyed a background in drama and theatre productions.

He and his wife had three young children, Annie, Rose and Matilda.

Emma confirmed the devastating news that Matt had passed away during the early hours of Thursday.

She posted on Facebook: “I’m so sorry to start this beautiful autumn morning with the heartbreaking news that Matt Curry my husband and best friend passed away this morning peacefully in my arms in the Marie Curie hospice – he only arrived here last night having been lovingly cared for at home by the amazing army of beloved family and friends who have held him close during this razoring five month journey from diagnosis to death.

“He was an astounding human – he was the centre of my and our girls world.

“We are broken-hearted as I know many of you will also be.

“Details of the arrangements to follow but on behalf of Matt I want to say thanks to all of you who supported his journey with your loving messages along the way. Love is stronger than death.”

Funeral arrangements for the young film-maker have now been confirmed.

He will be laid to rest in his native Armagh this Saturday in St Patrick’s Cemetery, following Requiem Mass at St Patrick’s Cathedral at 10am.

A son of Eilish and Eamon Curry, Matt was one of four siblings, a loving brother to Alison, Judith and twin sister, Nicola.

Donations in lieu of flowers if desired are being accepted for Macmillan/Marie Curie Hospice.

To the entire family circle, wife, children, parents, sisters and all his wider family and friends, our deepest sympathy is extended at this time.