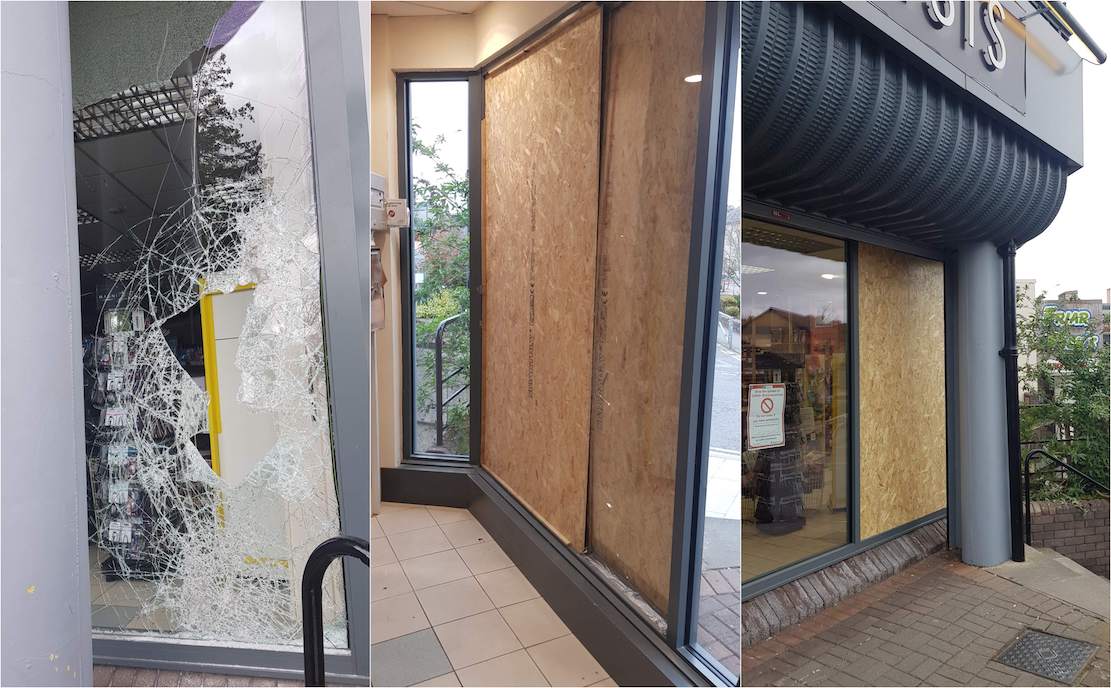 This is the moment a callous thief broke into an Armagh city pharmacy – making off with a large quantity of stock.

The shocking incident (video below) occurred at McKeevers Chemists on Dobbin Lane, during the early hours of Thursday morning.

The sole perpetrator smashed the large glass window to the front of the premises before making his way inside.

During the smash-and-grab raid, which lasted around 90 seconds, the man ransacked shelves before fleeing with as much stock as he could carry.

The city pharmacy is one of many under pressure because of the current pandemic with this incident adding further stress to an already stretched and vital community service.

Paul McKeever, Managing Director, speaking to Armagh I this morning (Saturday), said: “At any time, such behaviour is disheartening, but even more so in the middle of our current healthcare crisis.

“Now, more than ever, is a time for communities to work together and look after one another. For an individual to show such disregard to the efforts of my team, for their own personal gain has been disappointing to us all.

“Your actions on Thursday morning increased pressure and caused unnecessary distress at an already stressful time.

“The incident has been recorded on CCTV, and if anyone has any information regarding the incident please contact 0800 555 111 as investigations are ongoing.”

The McKeevers staff in the Dobbin Pharmacy have been working diligently to look after the health and wellbeing of all their customers, putting their needs above their own.

It was really discouraging for them to have to face the aftermath of the break-in on Thursday.