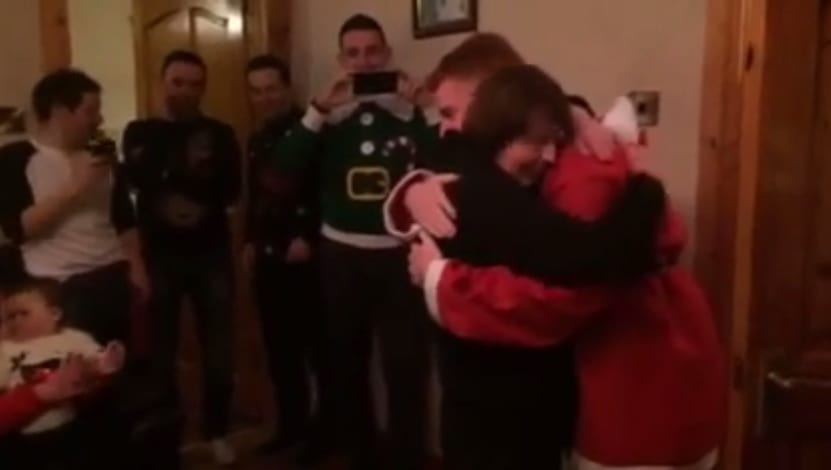 It was the ultimate Christmas gift delivered by her family!

Keady woman Marian Geraghty is gearing up for a fabulous festive holiday – and having all of her nearest and dearest will be what makes it all the more special.

Marian’s family secretly organised for her son Shaun to fly home from Australia to spend Christmas with them.

The 25-year-old travelled Down Under in September 2015 and has not been home until now.

Having missed last Christmas, Marian’s family decided it would be a nice surprise for Shaun to come home for the holidays.

The entire family was assembled last night (Wednesday), when in walked Santa!

When realisation dawned that it was her son Shaun dressed as Father Christmas, Marian was speechless.

Her reaction was priceless.

Daughter Paula-Marie told Armagh I that Marian had not suspected for a minute their seasonal surprise.

“The entire family was there last night – my mum, her eight children, including Shaun, and their partners, and her 15 grandchildren.

“It really has made her Christmas to have him home. She was very surprised. She got the shock of her life but the fact he wasn’t here last year has made it extra special.”

We’re sure they will have a very happy Christmas!