Watch: Craic all the way as Armagh schoolboy is a pocket-sized pundit with nothing to learn! 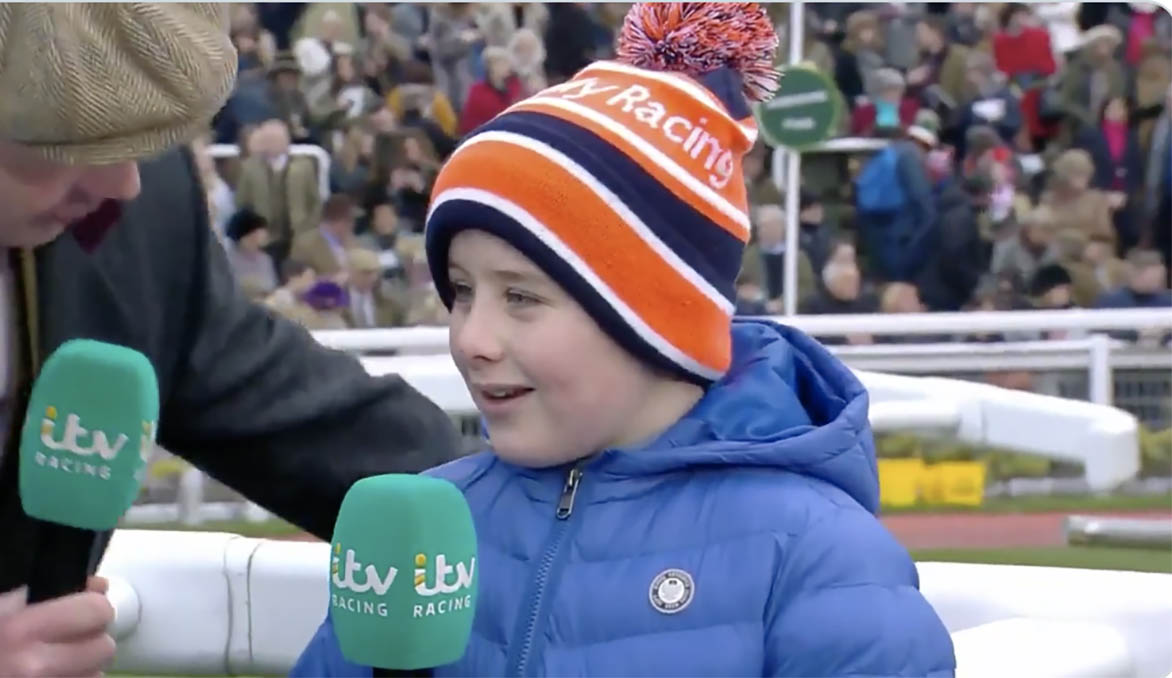 They say it’s in the blood and there’s no doubt about that!

But then again he would, given that he is a son of influential Armagh trainer Ronan McNally.

The youngster – a P5 pupil at Christian Brothers Primary School in Armagh – joined the ITV Racing team to be interviewed during a busy few days of racing.

The pocket-sized pundit was there to chat about the fortunes of Dad’s many-times winner The Jam Man.

“He’s a wee legend all the time,” says Tubbs, “that’s him there, he’s progressing all the time.”

Giving a full history on how the horse has fared and ensured he is kept in tip top condition, the Armagh schoolboy impressed his fellow podium panel who could hardly contain their laughter.

And he even got to ‘hand back’ to commentator Richard Hoiles in the studio!

Tubbs McNally, take it away 🎤

Under jockey Aidan Coleman, The Jam Man – who has won seven of his 30 past outings – ran a steady race in the 2.35pm at Cheltenham, the 8-1 shot finishing in fourth place.

While he may not have finished in the top three for the McNally family, they still have certainly produced a winner this afternoon in young Kian – we’ll give you a tip that this is a young man we’ll be seeing a lot more of in future!