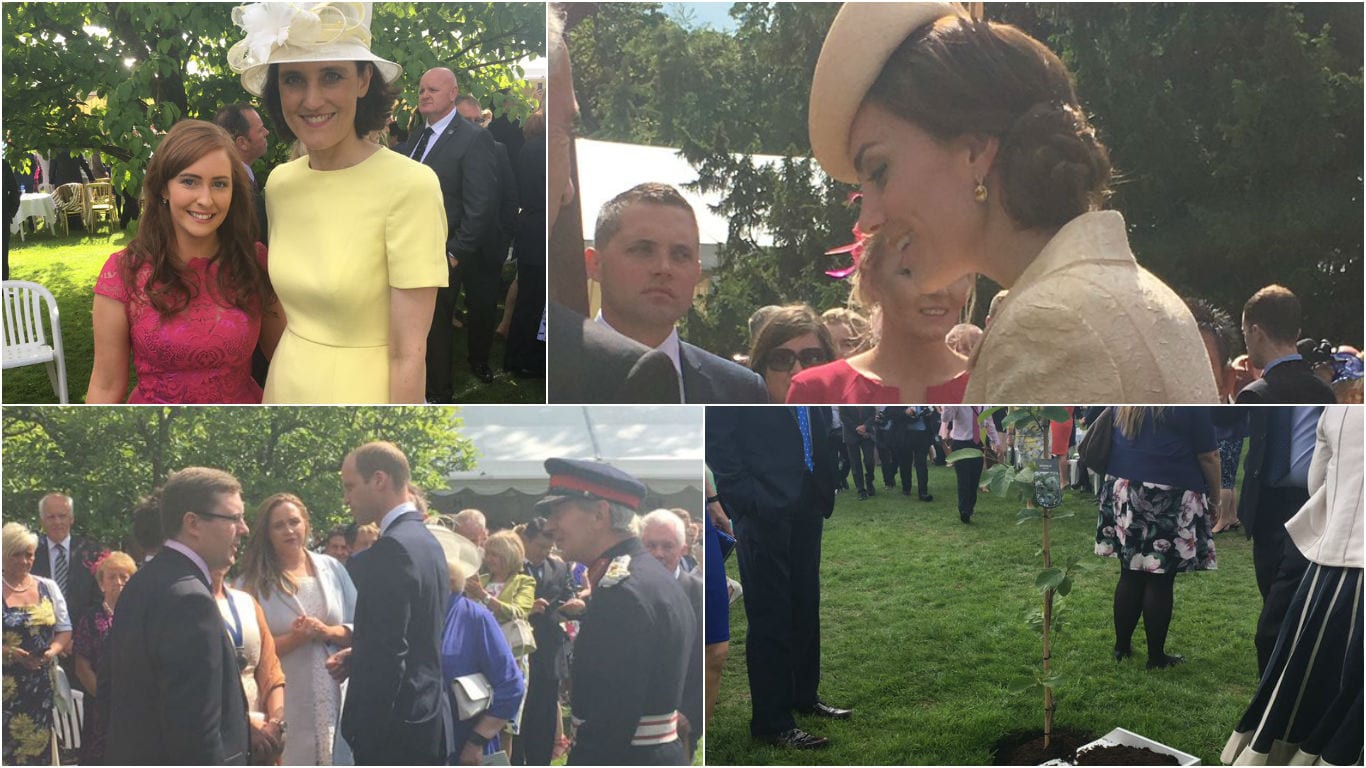 A young Armagh woman was delighted to be among the select number invited to attend a Royal garden party at Hillsborough Castle today.

Grainne O’Neill said she had been “so excited” to receive the invitation to the event, hosted by the Secretary of State Theresa Villiers.

For the Duke and Duchess of Cambridge, it was their first visit to Northern Ireland since they married in 2011.

Grainne felt honoured to be included on the guest list and described the Duchess as “stunning”.

She also had the opportunity to have her picture taken with the host, the Secretary of State.

The Armagh woman has raised tens of thousands of pounds to fund research in the fight against pancreatic cancer.

She lost her mum Annie to the disease in January 2014, and went on to form the charity ‘Fight on for Annie’.

Last October, with the support of sister Sinead, brother Fergal and father Tom, Grainne organised the charity’s first ever ‘Fight on for Annie Purple Gala Ball’ which was held at Belfast’s Europa Hotel.

And just last month, her hard work and tireless fundraising were recognised again, when she picked up the ‘Volunteer of the Year’ award.

Today’s invitation to attend the garden party is also greatly deserved and further recognition of the fantastic work which is being done by Grainne.