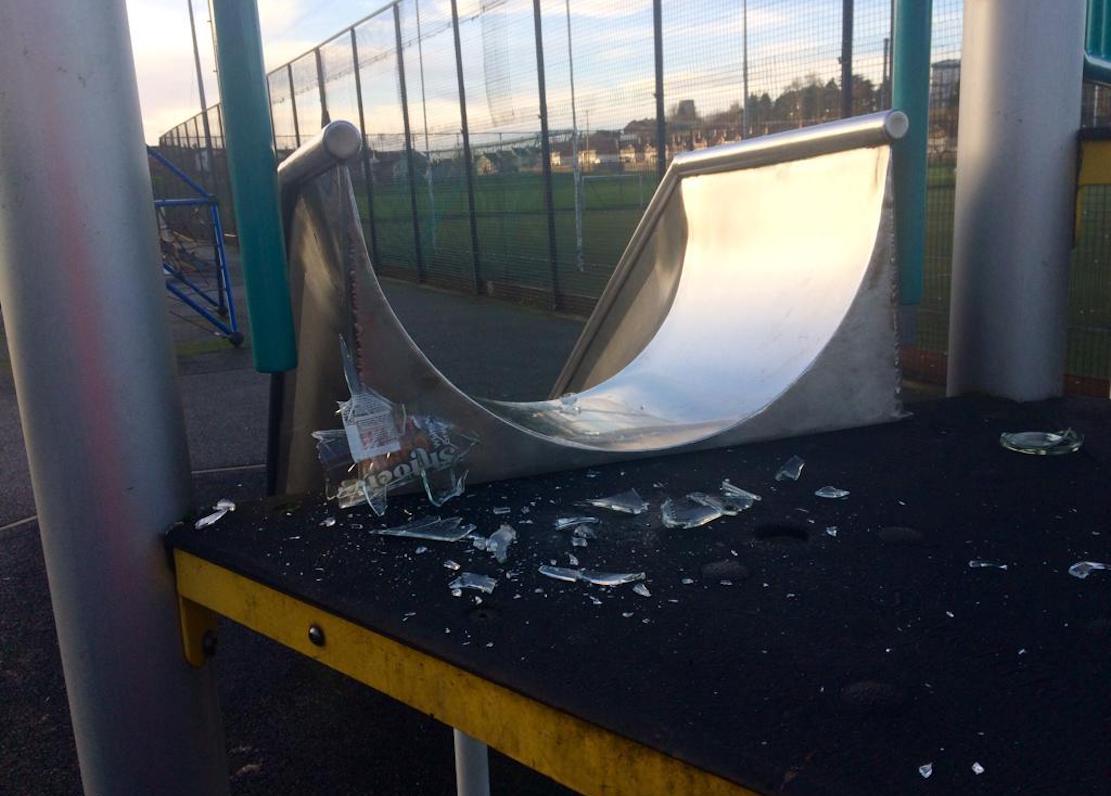 A children’s play park in the heart of Armagh city has been forced to close on several occasions as vandals continue to deliberately smash glass bottles against the play equipment.

Sherry Field Sports Complex has been targeted countless times by youths being described as not just “fling it away vandals”.

And today (Wednesday) the West Armagh Consortium, who help run community events at the facility, is calling on those responsible to consider the danger that they are putting young children in.

Speaking for the West Armagh Consortium, Stephen Fields said: “It is clear from the number of times that this has happened and where the bottles have been smashed that it is not the actions of some fling it away vandals.

“The play equipment itself appears to be the target with glass being deliberated broken in and around as well as on top of equipment.

“In some cases, this glass appears to be strategically placed where young children would be playing in what can only be assumed as an effort to inflict as must hurt as possible on unsuspecting children.

“We have pictures of bottles having been broken and placed at the top and bottom of slides.”

He added: “These are deplorable acts and even go beyond the wanted destruction of community facilities.

“The individuals involved in this are deliberating targeting young children. This is an obvious conclusion considering where they are breaking the bottles and, in some cases and deliberately placing some of the broken glass.

“Thankfully no child has been injured by these acts.”

Mr Fields says the park has had to remain closed on several occasions while council staff clean up the glass.

“All it takes is a sliver of glass to remain on a piece of equipment that a child is playing on for them to suffer a very serious cut. And before anyone turns a blind eye, remember that child could be yours.”