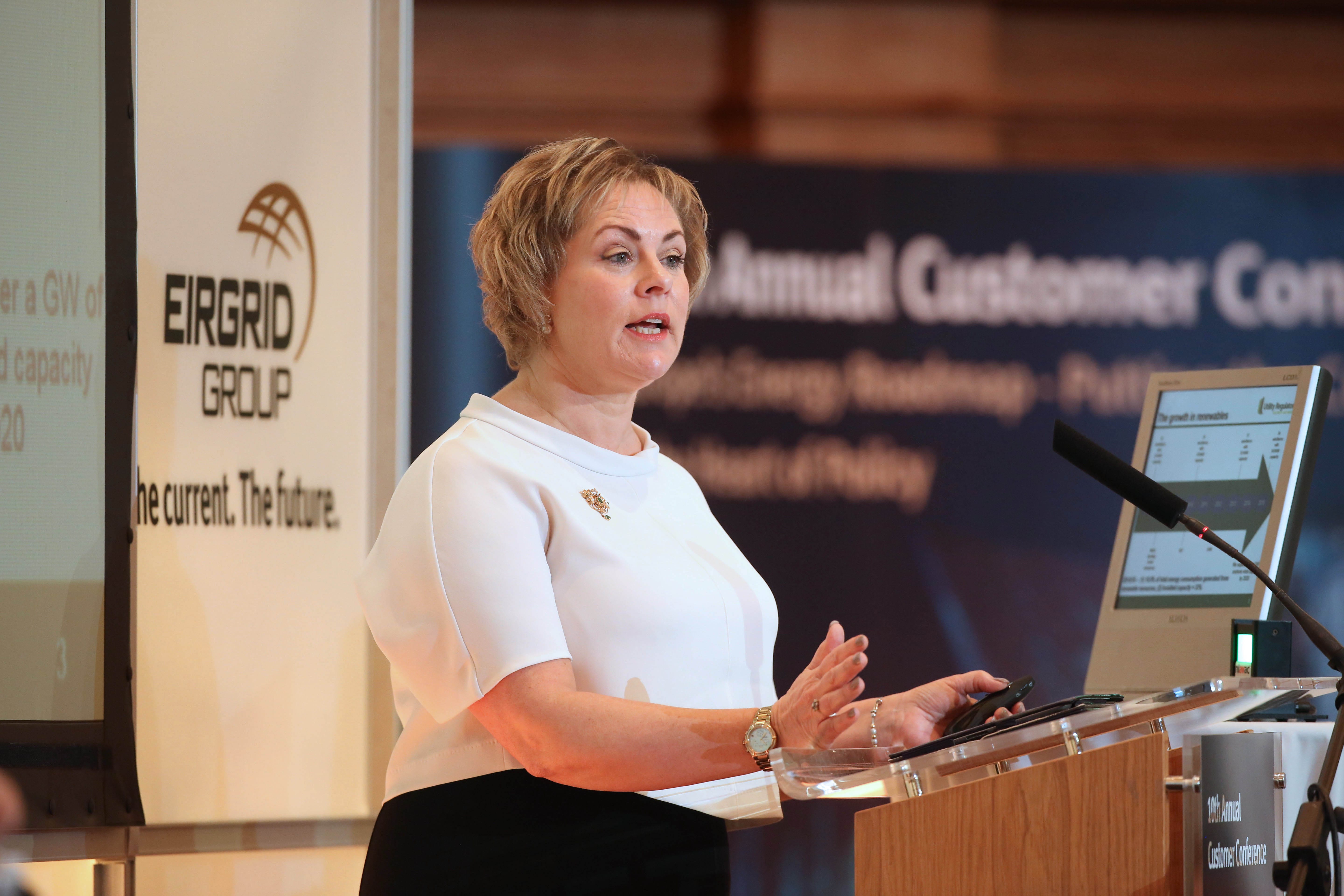 Northern Ireland’s Utility Regulator has warned that businesses and households will “pay dearly” unless the proposed north-south interconnector is in place by 2019.

Jenny Pyper, addressing the EirGrid group’s annual conference in Belfast yesterday (Tuesday), has made her position clear for the first time. She said “there is no Plan B” and dismissed the undergrounding of the interconnector – stretching from Moy in County Tyrone, across County Armagh and on to the border, before passing all the way to Cavan – as a “myth”.

Ms Pyper called for the urgent delivery of the high-powered electricity network “as it is in planning” and warns that it must proceed if we are to keep the lights on.

She outlined the “threat to Northern Ireland’s electricity supply if the interconnector suffers further delay”, saying that “anyone interested in keeping the lights on and ensuring prices are low understands the risks and works to make it happen”.

For the first time, the current Regulator has outlined her position on the technology for the planned interconnector discounting the argument for the viability of undergrounding in the timescale needed as ‘myth’.

“What is clear is that the option of undergrounding the interconnector would not only jeopardise the expected delivery date of 2019, but it simply could not be delivered by 2021 when our electricity capacity margin becomes critical,” she told delegates.

“It would also create additional technical challenges, and it will be extremely costly to construct – up to five times more expensive than the overhead interconnector proposals.

“So it would be impossible to deliver any alternative undergrounded route in time to meet our generation shortfall. So the myth of an undergrounded interconnector as a Plan B is just that – a myth.

“We need to make a choice. Do consumers and businesses want the lights to stay on and as cheaply as possible? If so, the interconnector that is in planning is the only option.”

He said: “At SONI it is our job to run and develop Northern Ireland’s grid in the most cost-effective, efficient and secure way possible.

“Undergrounding the north-south interconnector isn’t feasible; it is more costly, less reliable and undermines its own primary objective; which is to secure Northern Ireland’s electricity supply for the future.

“We welcome what the Regulator has said and agree that politicians, business and the community need to grasp the critical need for the interconnector if Northern Ireland’s lights are to stay on.”

Ultimately the planning decision on the north-south interconnector is a matter for the Planning Appeals Commission and the Environment Minister Mark H Durkan.

Campaigners – including SEAT (Safe Electricity for Armagh and Tyrone) – will not take kindly to the comments.

They have consistently argued for the need for pylons to be undergrounded, citing health and environmental concerns.

All political parties have also voiced their opposition and made their own submissions against the proposed 400kV overhead link.

The interconnector as it stands represents a £204m total capital investment, with one new substation in the north at Turleenan, in County Tyrone.

Thirty-four kilometres of the 138km network would fall in Northern Ireland. That would mean 102 new pylons here – 401 in total stretching cross-border to Cavan.

It would also traverse 170 owners’ lands in the north, that rising to 626 along the entire route is passes also through Monaghan and Meath.

The new Armagh City, Banbridge and Craigavon Borough Council recently agreed to adopt the previous stance of the former Armagh City and District Council in objecting to the overhead power cables. They too have demanded the power lines be buried underground.

SONI, meanwhile, is hoping that the public inquiry can resume in early 2016.