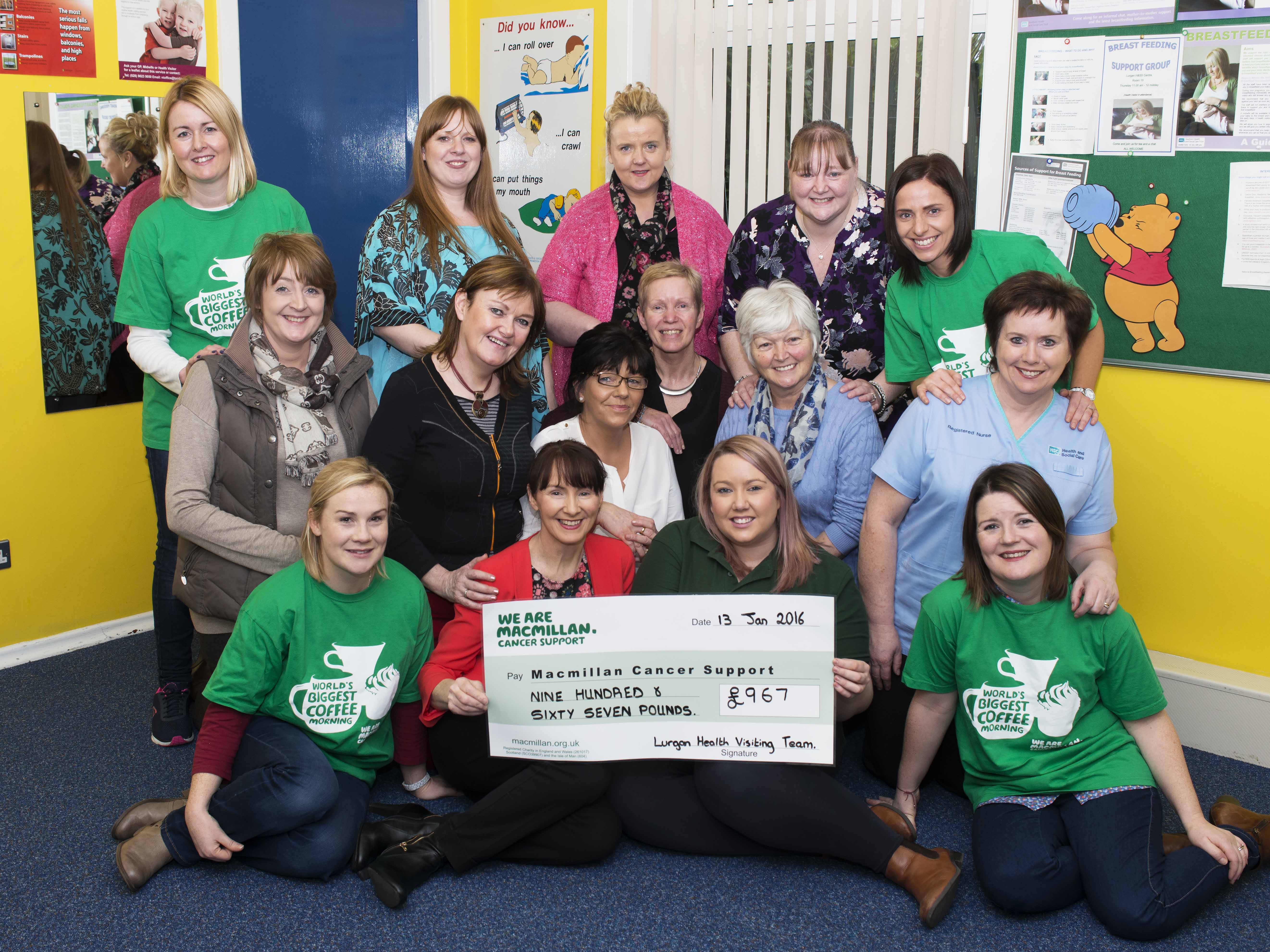 Local medical staff have handed over a cheque in memory of a hugely popular and much-loved colleague who lost a short battle with cancer almost three months ago.

The Southern Trust’s Health and Visiting Team have made a large donation to Macmillan Cancer Support after holding a coffee morning in memory of the late Maire McKenna, a former staff member who used to work with the team.

Sadly, Maire passed at the start of November last year. Maire’s colleagues on the Trust’s Health and Visiting team originally raised £967.43 at their coffee morning, but since then, others have made further donations bringing the total amount raised to £1067.

The Southern Trust would like to thank the Health and Visiting Team for their kind donation to Macmillan Cancer Support.

Well done to all of you!