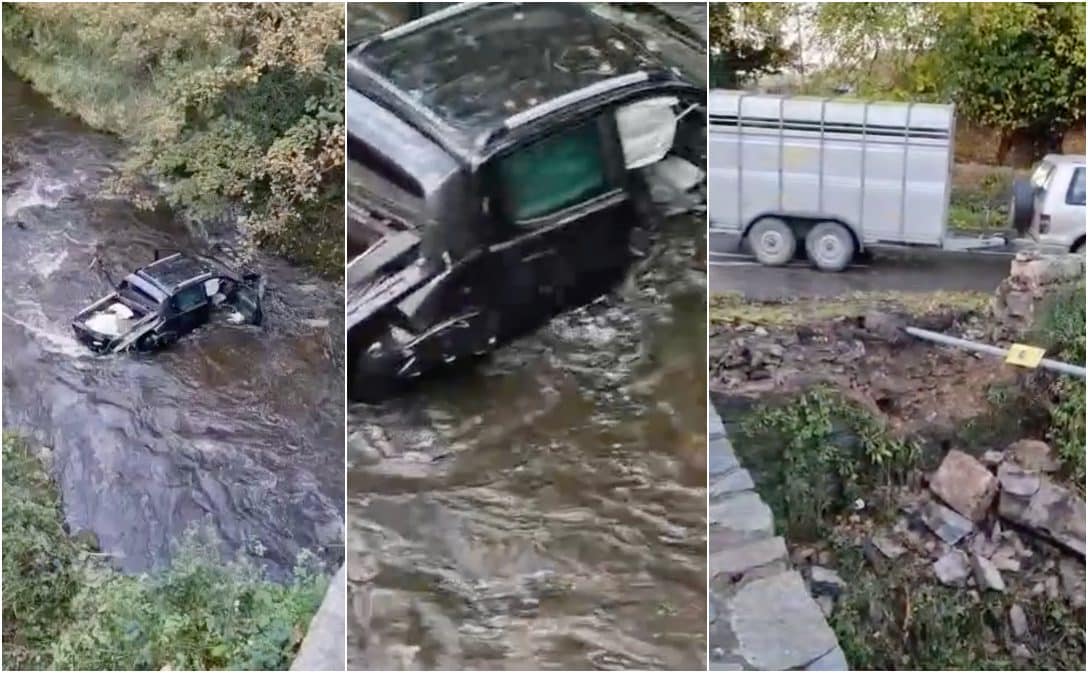 Three people were taken to hospital after a 4×4 crashed through a wall and into a river 40ft below off the main Armagh–Keady Road.

Passers-by helped rescue the two men and one woman from the vehicle, which had gone off the road at Girvan’s Bridge, during the early hours of Saturday morning.

Police say they received a report at approximately 2.10am of a vehicle in the water at the Keady Road junction with Ballyards Road.

Inspector Mills said: “On officers’ arrival no one was inside the vehicle. Police received a report that a woman and two men made their way out of the vehicle with help from passers-by.

“The woman and two men who were inside the vehicle were taken to hospital for treatment to their injuries.

“A 20-year-old man was arrested for a number of driving offences and has since been released on police bail to return for further questioning at a later date.

“Our enquiries are ongoing and we would appeal to anyone who may have witnessed what happened, or captured any dash-cam or mobile phone footage, to contact police on 101 quoting reference number 197 of 29/10/22.”

This terrifying incident comes less than two months after a lorry crashed through a wall on the opposite side of the road.

The wall had only recently been re-constructed due to previous damage occurred from vehicles crashing into it.

This latest incident, however, marks an escalation in severity of incident at this bend.