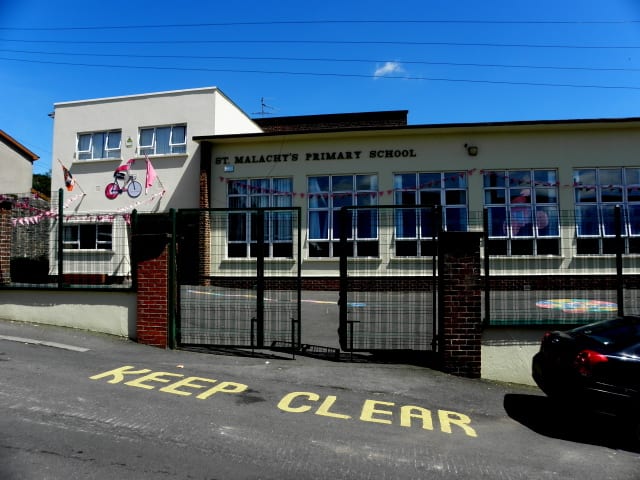 St Malachy’s in Armagh City, St Peter’s in Collegelands and King’s Park in Lurgan will get a slice of that funding, it has been announced.

Sinn Féin MLA Cathal Boylan has welcomed the news from Education Minister John O’Dowd that Armagh is to get a new school in the final tranche of funding released by his department.

The Armagh representative said that the announcement of a new primary school for St Malachy’s and St Peter’s was good news for parents, pupils, staff and the local economy.

“I’m delighted that Armagh is to benefit from the £40m worth of funding released by the Education Minister,” he said.

“I have worked closely with John on a number of issues and he is all too aware of the need for improvements to the education system in the Armagh area.

“Obviously my congratulations go to St Malachy’s and St Peter’s, who submitted excellent proposals.  These schools have always done an outstanding job for the local community and I have no doubt they’re already stellar records will only improve when the new schools are built.

“However, I would also add that I am aware there will be disappointment from other very deserving schools in the area who had submitted proposals.

“I will continue to fight for those schools and in the meantime I would urge them not to be downhearted.

“Not being included in this tranche of funding will not impact on their chances of being selected for future projects and I would encourage them to consider the possibility of applying to the School Enhancement Programme, which can offer capital investment of up to £4m for renovations and improvements to schools.” Mr O’Dowd added: “While this will be welcome news for these schools, there will be others that will be disappointed not to be announced today.  I can reassure those schools that not being part of this list will not impact their chances of being selected as part of a future call.

“I would also encourage these schools to consider making applications to future School Enhancement Programme calls for proposals.

“While these SEP projects cannot entirely rebuild a school, they have the potential to move more quickly than a major project and with an upper ceiling of £4m can still make a substantial difference to a school in need of capital investment.

“In terms of budget, the spend profile associated with the ten recommended projects will be spread over a number of years (as is the case with previous announcements).”

He continued: “While different projects will progress at different speeds, timescales required to complete site searches, technical feasibility studies, business cases, procurement and design processes for the announced projects mean that significant construction spend is unlikely before the 2018/19 financial year.

“I would like to conclude by stating that this announcement today is not only good news for those schools to be advanced in planning but it is also good news for the economy.  It represents in the order of £40m of capital investment and will be a welcome boost to the construction industry over the coming years as the projects come to fruition.”