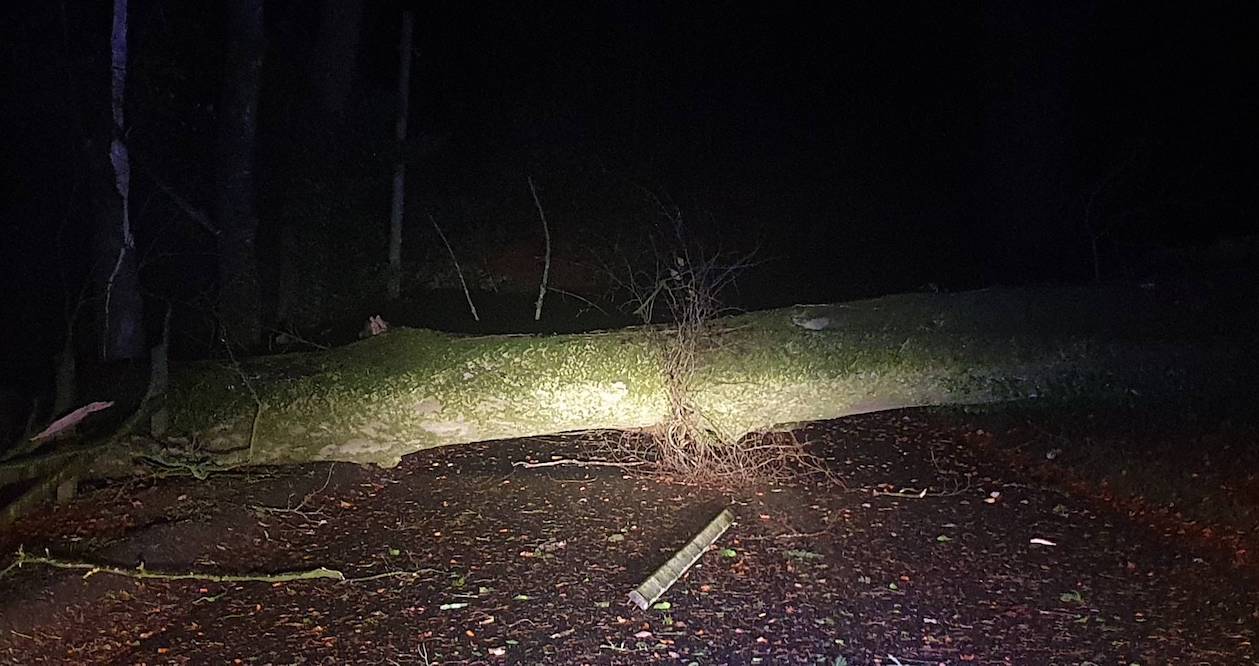 Police are warning motorists to be vigilant on Saturday morning as Storm Arwen wreaks havoc across Northern Ireland.

While coastal areas have been worst affected, Armagh has not got away with taking a bruising overnight, with trees falling across the county.

Police in the ABC Borough are warning of disruption on the Monaghan Road near Middletown and the Poyntzpass Road near Loughbrickland – both closed overnight due to fallen trees.

Police are also warning that trees are continuing to fall in Mid Ulster, with the main concentration in the greater Cookstown area but there are also trees down near The Loup, Tobermore and Dungannon.

The Dark Hedges has lost another tree to the high winds too.

Another tree lost at The Dark Hedges 😐 #got #GameOfThrones #StormArwen
📸 Jonathan Lynch pic.twitter.com/hI60qdhLPI

On Friday, a man from Maghera died after a tree fell on his car as he travelled along the Dublin Road in Antrim around 3.30pm.

He was named locally as Francis Lagan, the principal of St Mary’s Primary School in Maghera.

Meanwhile, a yellow weather warning for winds remains in place from the Met Office throughout Saturday, until approximately 8pm.

It has resulted in the cancellation of a number of sporting events across the county.