Outpouring of support for fundraising appeal to help family 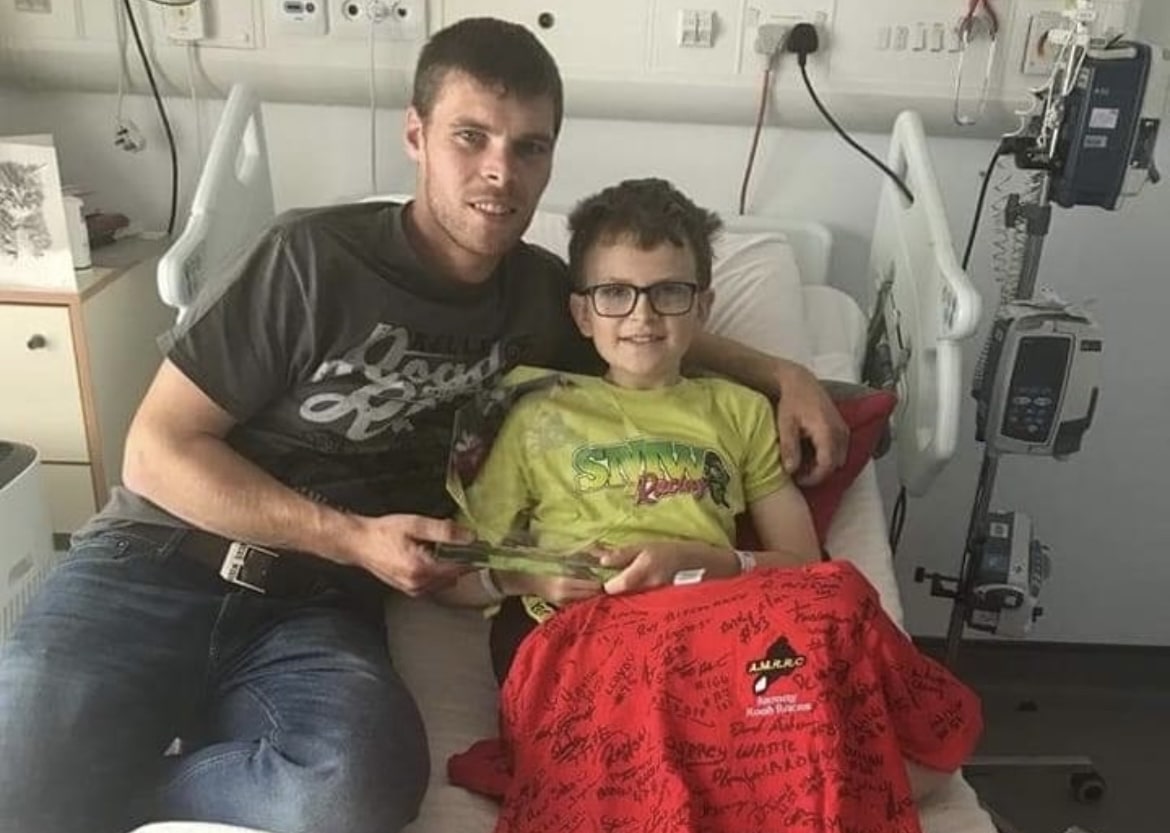 A young Armagh boy who was diagnosed with leukaemia last month has been given a boost after receiving a message of support from former Ulster and Irish Rugby captain Rory Best.

The 11-year-old, who is a huge sports fan, was diagnosed with acute myeloid leukaemia after feeling unwell for a number of weeks.

In a video, Rory, an ambassador for the Cancer Fund for Children charity, joked it was a pity Theo plays for Armagh and not Banbridge, before adding: “I hear you had a little bit of bad news a while ago … but stay strong, keep fighting through it and there’s loads of help and support out there if you need it”.

Meanwhile, friends have set up a Theo’s Journey GoFundMe appeal and Facebook page to support the family.

Margaret Daly said Martin and Caroline Smyth’s world had been “turned upside down”.

Writing on the fundraising page, she said the couple first noticed a change in son Theo’s mood and behaviour at the end of May but put it down to puberty. After returning from a school trip, he complained of a sore chest and it was thought at that point he had pulled a muscle.

Theo then complained of exhaustion, which was attributed to a viral infection, but by mid-July he was sleeping a lot and his temperature was spiking daily.

Said Margaret: “Currently, Theo remains in the Children’s Haematology and Oncology Unit in The Royal Belfast Hospital for Sick Children. He is being cared for by an amazing team of doctors, nurses, care assistants and therapists.

“He has just finished his first course of chemotherapy and has needed several blood transfusions and platelets during this time. Despite being petrified, he has shown so much bravery and maturity in facing something no child should have to.

“Theo has a long road ahead of him which will involve lengthy stays in hospital, ongoing tests and procedures, and further rounds of chemotherapy. Needless to say, this diagnosis has had a devastating impact on the family unit. Theo Smyth in action for City of Armagh Rugby youth

“Visiting is restricted to parents only to protect Theo from infection, meaning his sister Jasmyn has not seen her brother face to face since July 18. His older brothers Adam and Jonathan are keeping Theo’s spirits up over video call by discussing football and motorbikes.

“Caroline has remained at Theo’s side day and night and Martin travels from their home in Armagh to Belfast to visit them daily. Therefore, they both have had to take leave from their jobs which in itself creates financial worry on top of everything else.”

She said the page had been set up to support the Smyths financially and “try to remove some of the worry and burden from them as they support their child with the biggest fight he has ever had to face”.

The appeal has already raised more than £4,000, within just one day of it being launched.

“We are totally overwhelmed at the outpouring of support for the Smyths in the past 24 hours. Thank you so much,” said Margaret.

To support Theo’s Journey click on the GoFundMe link